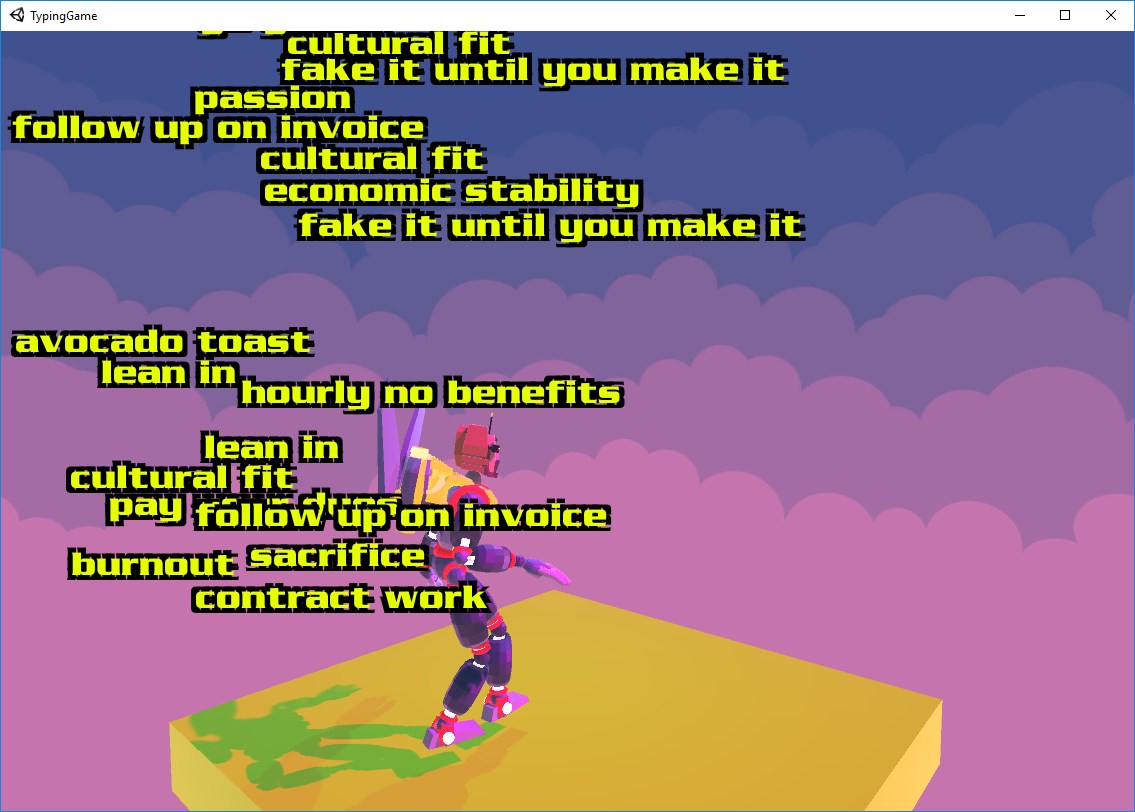 I made a typing game about the glamorization of overworking yourself and the unhealthy work-life balance that is encouraged to “get ahead”. Corporations often use words like ‘passion’ to justify encouraging their starting employees to work for free or overtime. ‘Corporate feminism’ encourages marginalized people to just work harder to overcome obstacles toward financial stability and career success rather than addressing structural issues. I also wanted to express my stress and burnout from doing freelance work to support myself while handling the workload at ITP.

My concept for this game was to have an avatar dancing on a platform, such as a colorful, hyperreal stage where overworked kpop idols have collapsed during performances. The visuals are inspired by the style of the Dance Dance Revolution games. I wanted to user to be able to choose between several avatars, all with their own dance style and song. So far, I only implemented one of the avatar characters. 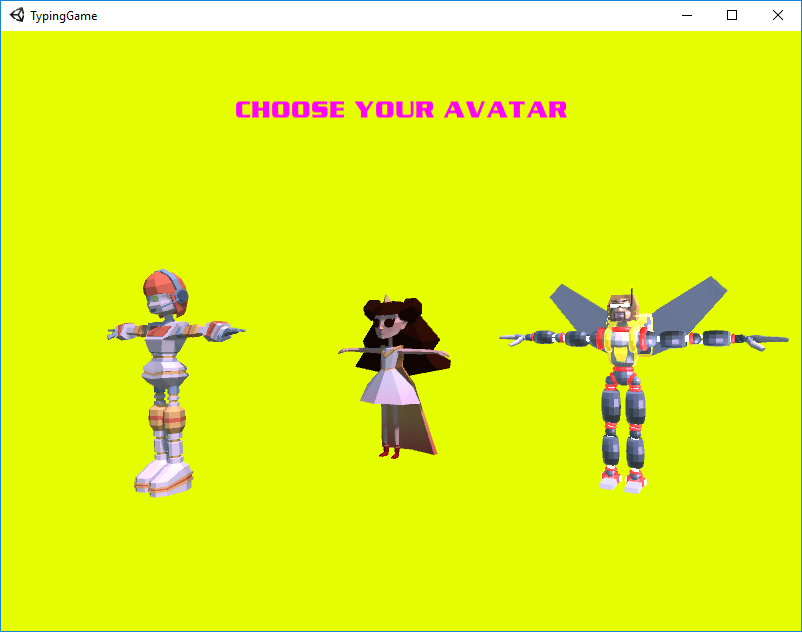 As phrases fall down from the top, the player must type them to get rid of them. If you make mistakes while typing, the avatar stumbles more and more while dancing. If you make too many mistakes, the game will end. 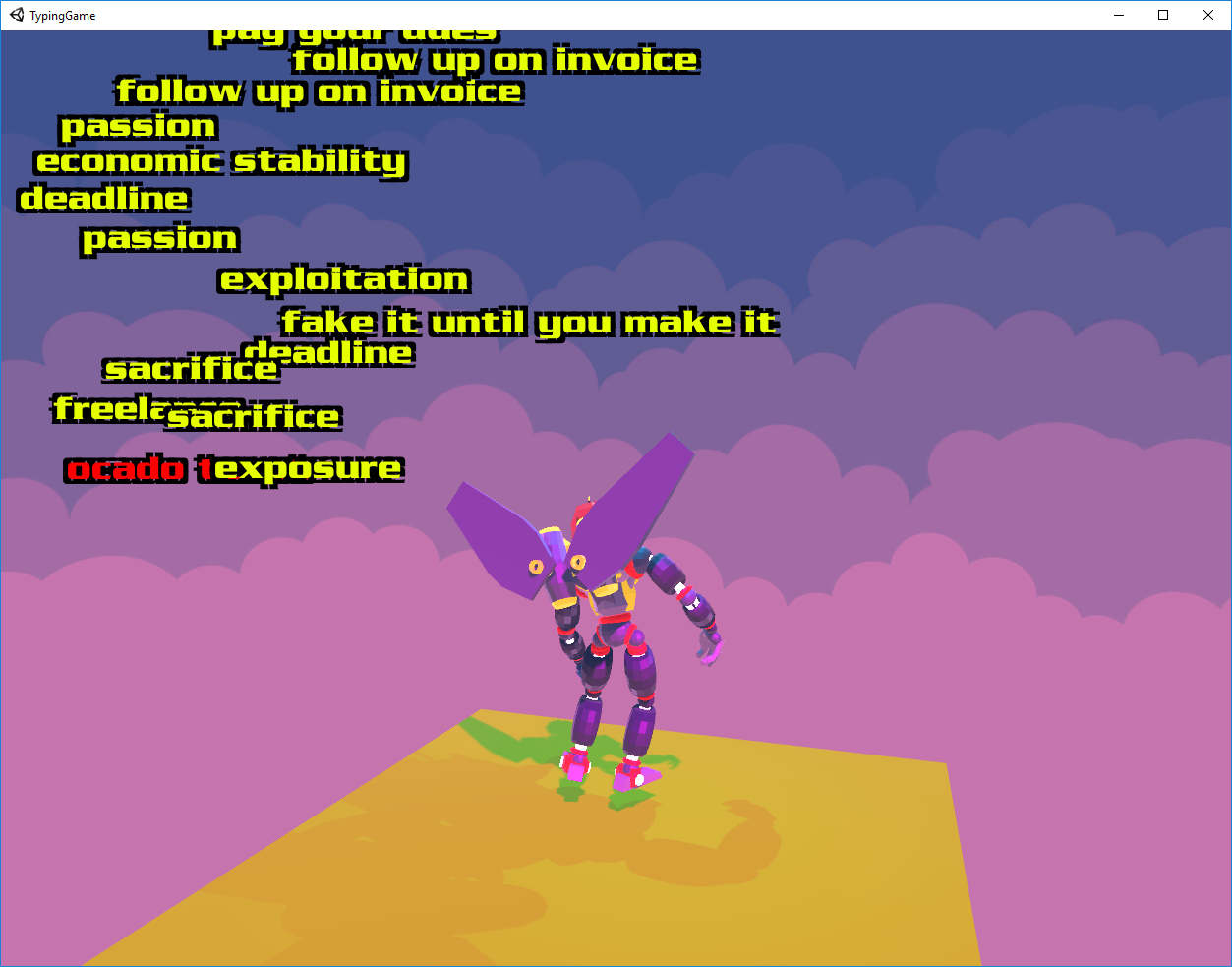 In the future, I would like to finish implementing the other playable characters. The end state of the game is buggy. The game ends if you type too many mistakes but currently doesn’t check if the words fall to the bottom of the screen. The placement of the words falling down have some issues. I need to do more research on Unity UI. I would also like to add more words/phrases. I originally thought to have some submitted from other people on Twitter but didn’t organize it in time. There are a lot of details that can be added to make this game more polished and interesting, such as text animation and scene transitions.