In our globalized world, we constantly encounter communication challenges. We all have had disagreements in our personal and professional life. Increasingly, we meet and work with people who come from different background and cultures. How do we effectively talk with one another? We have a solution for you! Introducing Mindmelder - a easy solution to all of your communication problems! Just put a patch on, and you can be in sync with the people around you.

It was interesting to see how people reacted to the soundwalk for the first time. I think the strongest element was the obscure location and the cues leading to it. People seemed to become satisfied when they realized they were able to find the location. As brought up in class, the ending of the piece could have been more complete. The original concept was that the elevator ride was a return to ‘the real world’ have the loud street sounds build up as people exited onto the street. The timing of the elevator arriving earlier in practice than in the recording could have messed people up; the distant headphone music was supposed to play while traveling in the elevator. This concept probably relied too heavily on the timing of the unpredictable elevator. We could have added another door sound at the end to really signal that people were suppoed to exit through the door.

Assel and I had a hard time coming up with a concept for our walk at first. However, after exploring the stairways of the building and discovering interested locations, it became easier. After figuring out the path we wanted people to walk in, the project pretty much fell into place. We split up the editing: I did the timing/structure of the voice cues and overall sections, Assel did sound effects, noises and finetuned the structure. We then met again and reviewed the final piece. Overall, I think our final piece mostly had the effect we wanted.

In our globalized world, we constantly encounter communication challenges. We all have had disagreements in our personal and professional life. Increasingly, we meet and work with people who come from different background and cultures. How do we effectively talk with one another? We have a solution for you! Introducing Mindmailer - a easy solution to all of your communication problems! Just put a Mindmelder (pending) patch on, and you can be in sync with the people around you. This is our project idea - Mindmelder, a product for communication. 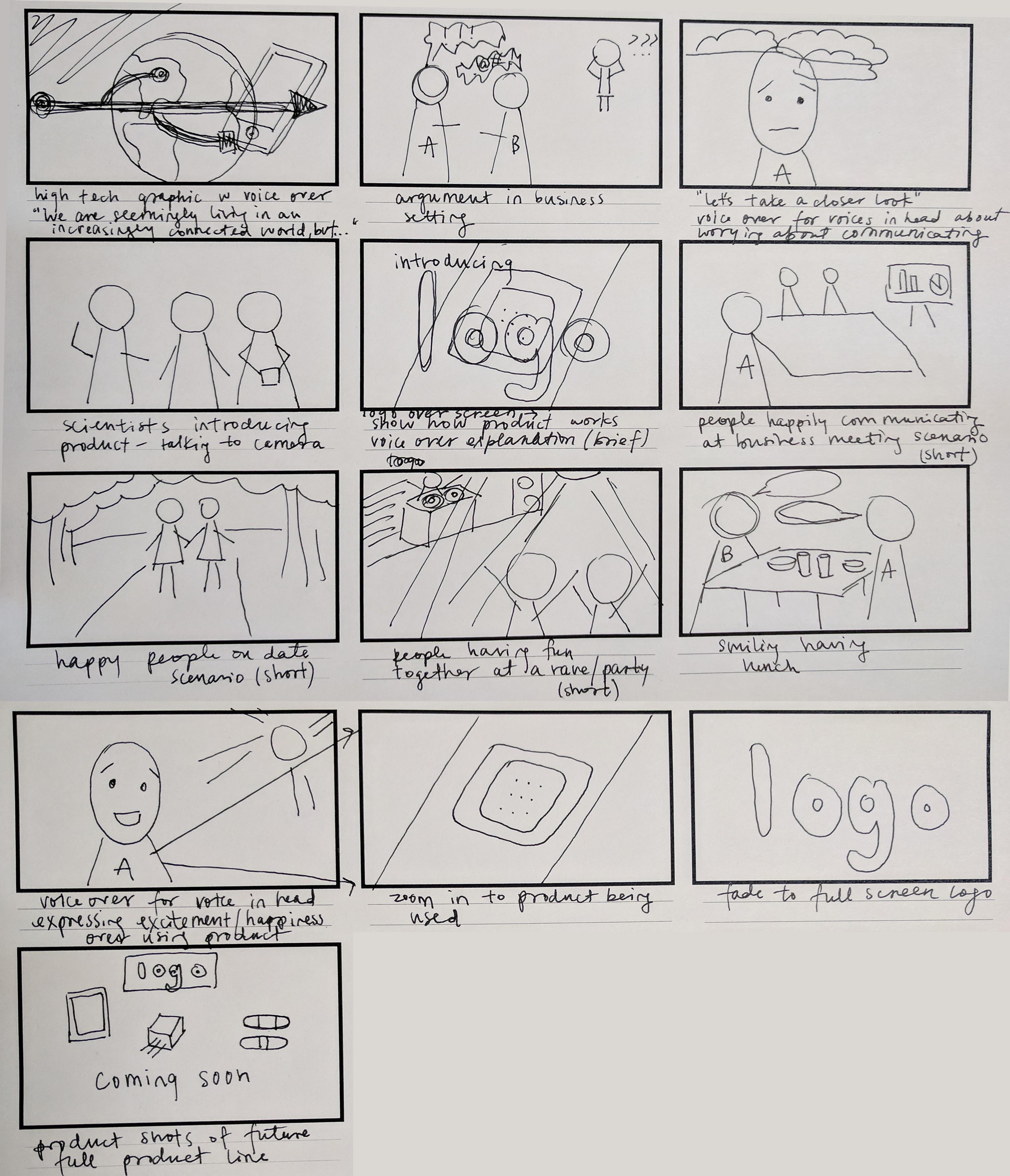 This soundwalk starts at the elevator lobby of the 10th floor at 721 Broadway. We recommend wearing over-ear studio headphones. Please bring your NYU ID.

I did the Passing Stranger soundwalk on a sunny Tuesday afternoon. The tour is documentary style, detailing the history of East Village poets while grounding their work into the physical places they lived, collaborated, and performed.

The added street sounds and music seemingly transported me back into the East Village during the time of the poets. The East Village today is drastically different, and still changing; the shift of demographics and gentrification of the area was also mentioned in the soundtour. You would think that it is pointless to physically walk to the mentioned stops because it now looks completely different; however, it was interesting to learn the historical context of places I’ve been to before. My familiar hang out spots and past commute byways were transformed, as if I had traveled back in time.

The Ecstacy of Influence

This reading legitimized fields to me that I’ve already been interested in: the idea that collage is the art form of the century and the importance of deepening an understanding of how methods and motifs are interpreted by people and manipulating that. Growing up “swamped by parodies that stood for originals yet mysterious to me”, the situation of learning about a passage by John Donne through a movie adaptation of another novel was relatable, especially as someone that did not go through extensive humanities education or have family members interested in literature. I learned of Philip Larkin and his poem “This Be The Verse” from the following Supreme sweatshirt: 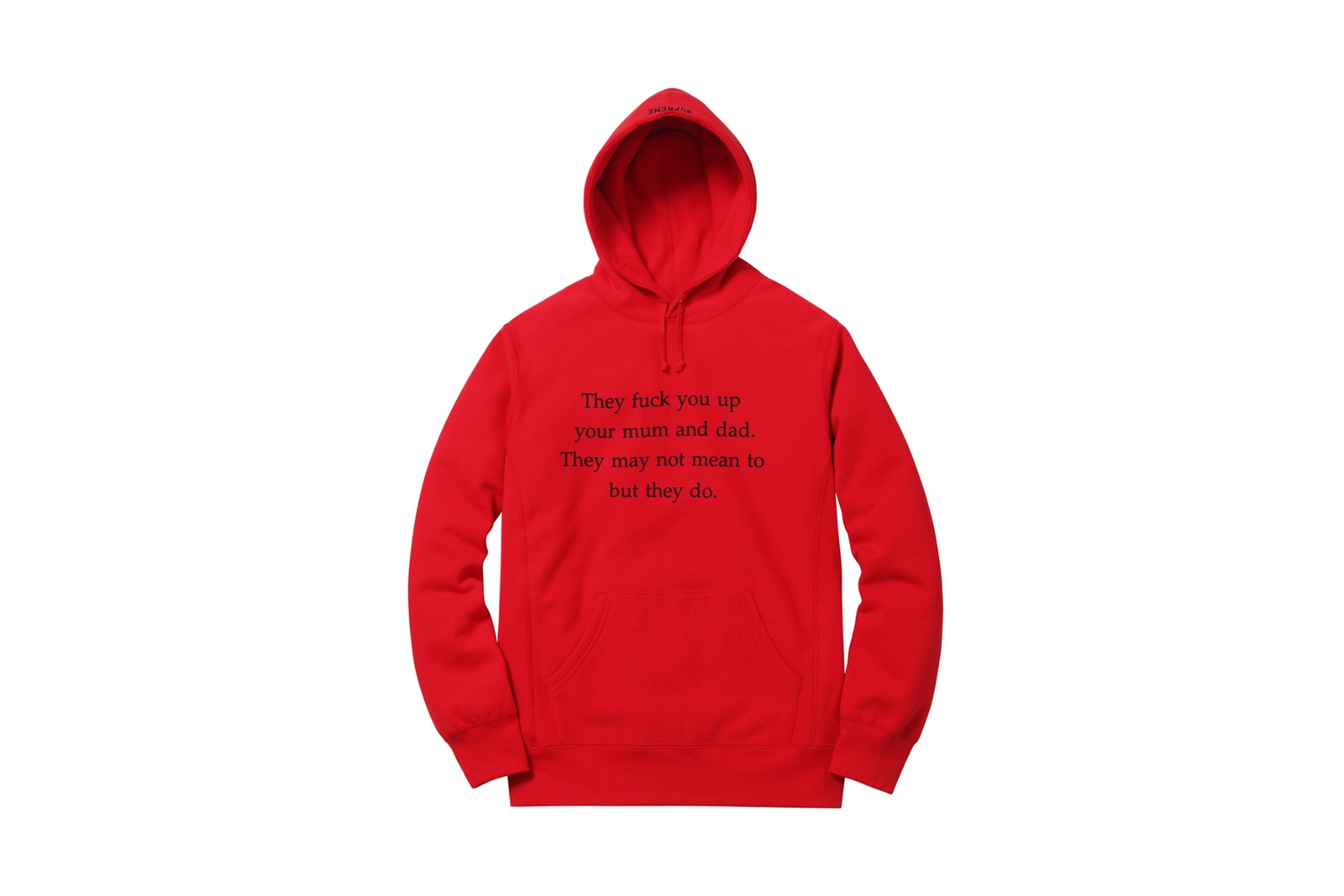 This TED talk was in 2004 but today in 2017, I feel like it’s not that novel to understand everything as a remix. The average person looks at memes on twitter or instagram and recognizes that images from other media are being reinterpreted by other people on social media. Also, much of mainstream music production includes samples, many of which are supposed to be recognizable to the listener. We are also used to constant remakes and adaptations of older franchises in movies and tv, often adjusted to appeal to current day themes.