At first, I designed my concept around a bright light either inside of an empty plastic gallon water/milk jug or held directly against the outside. The main point was that the sharp LED light would be diffused by the frosted plastic of the standard jug.

However, after having this cool drink at Starbucks, I realized I could use the plastic cup it came in instead. 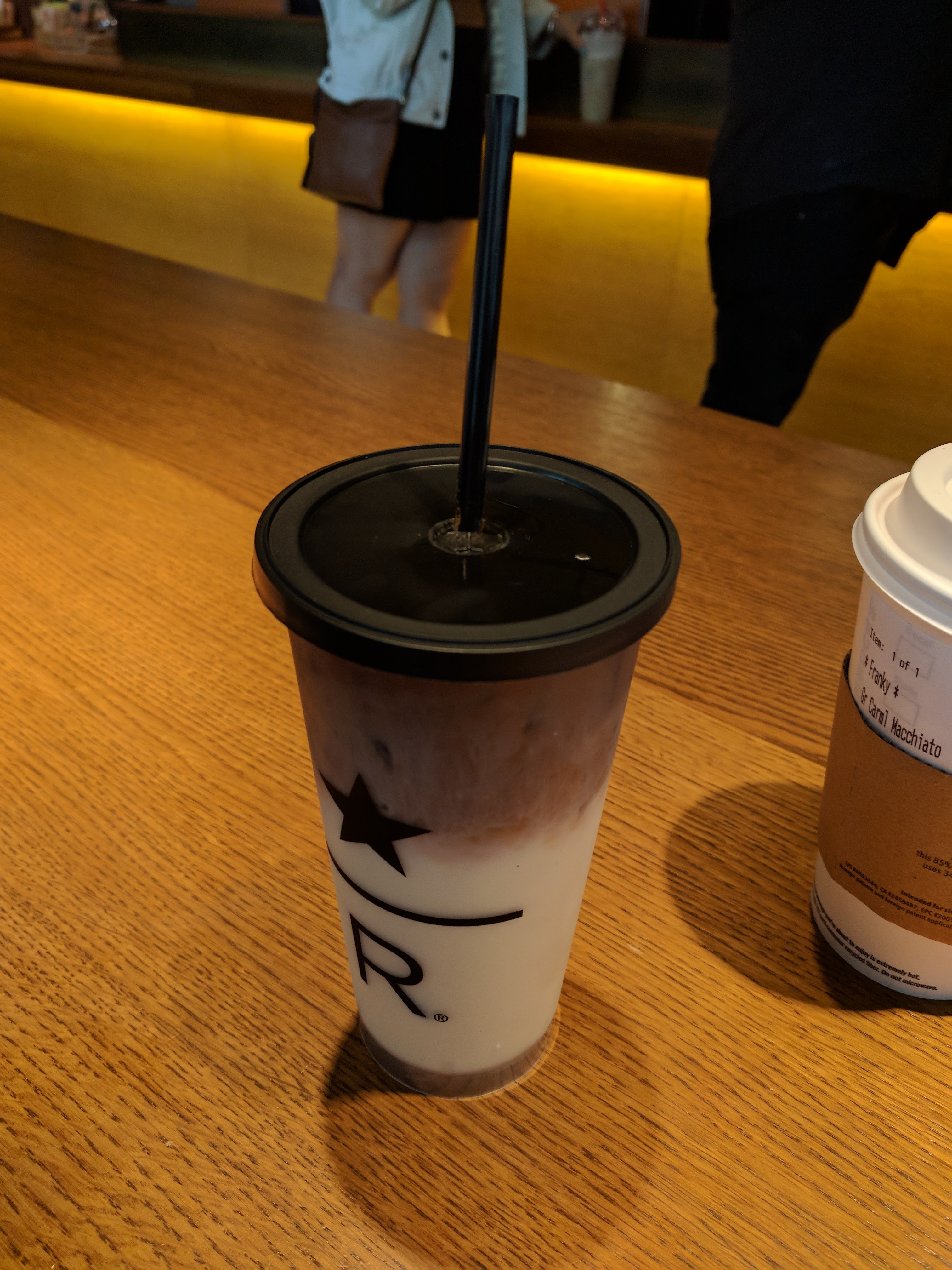 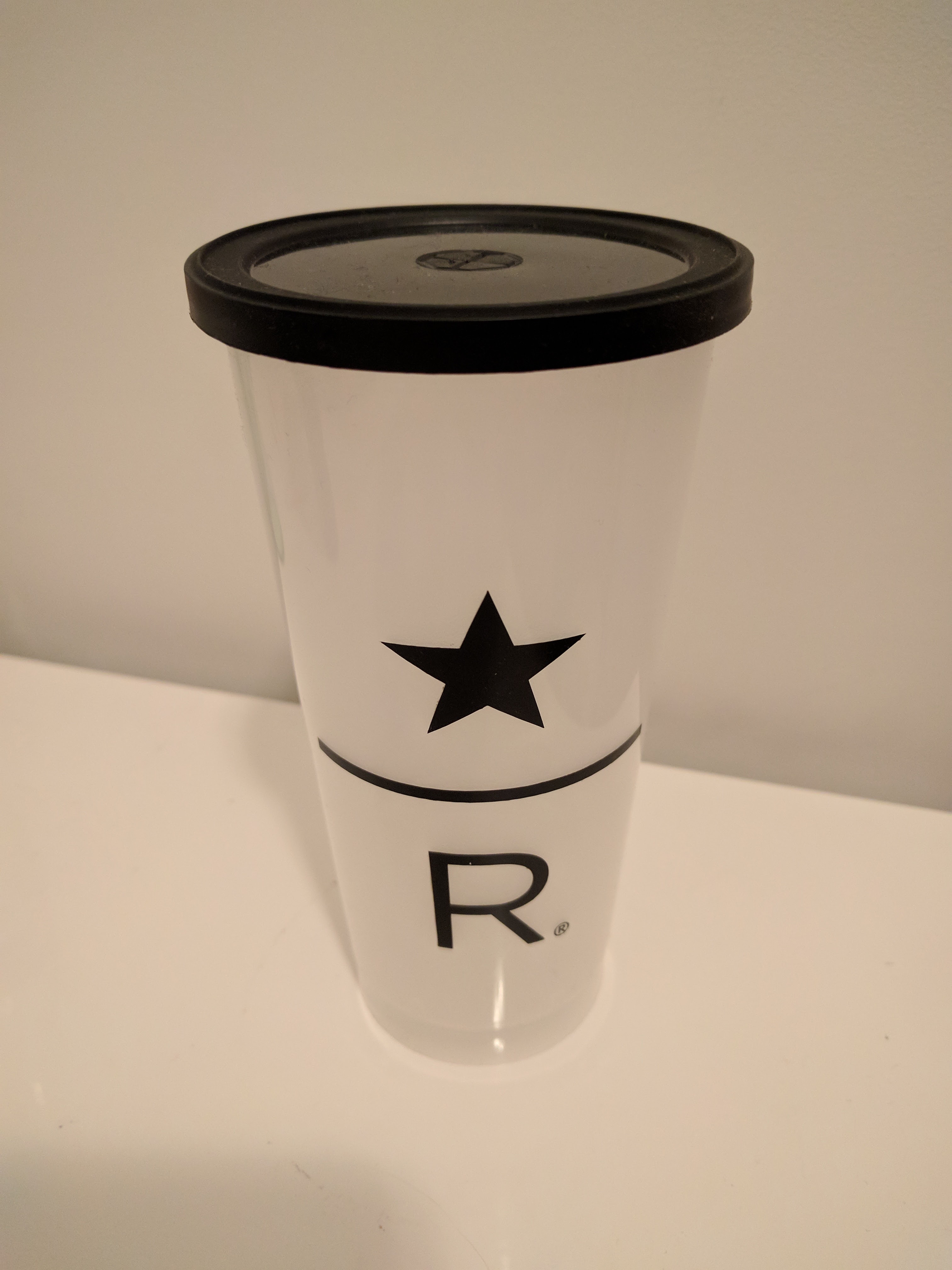 I decided to use the straw hole as a place to install a switch. The switch has to be pressed down to complete the connection and is disconnected when released. The battery is a 3V coin battery and the LED is clear white. 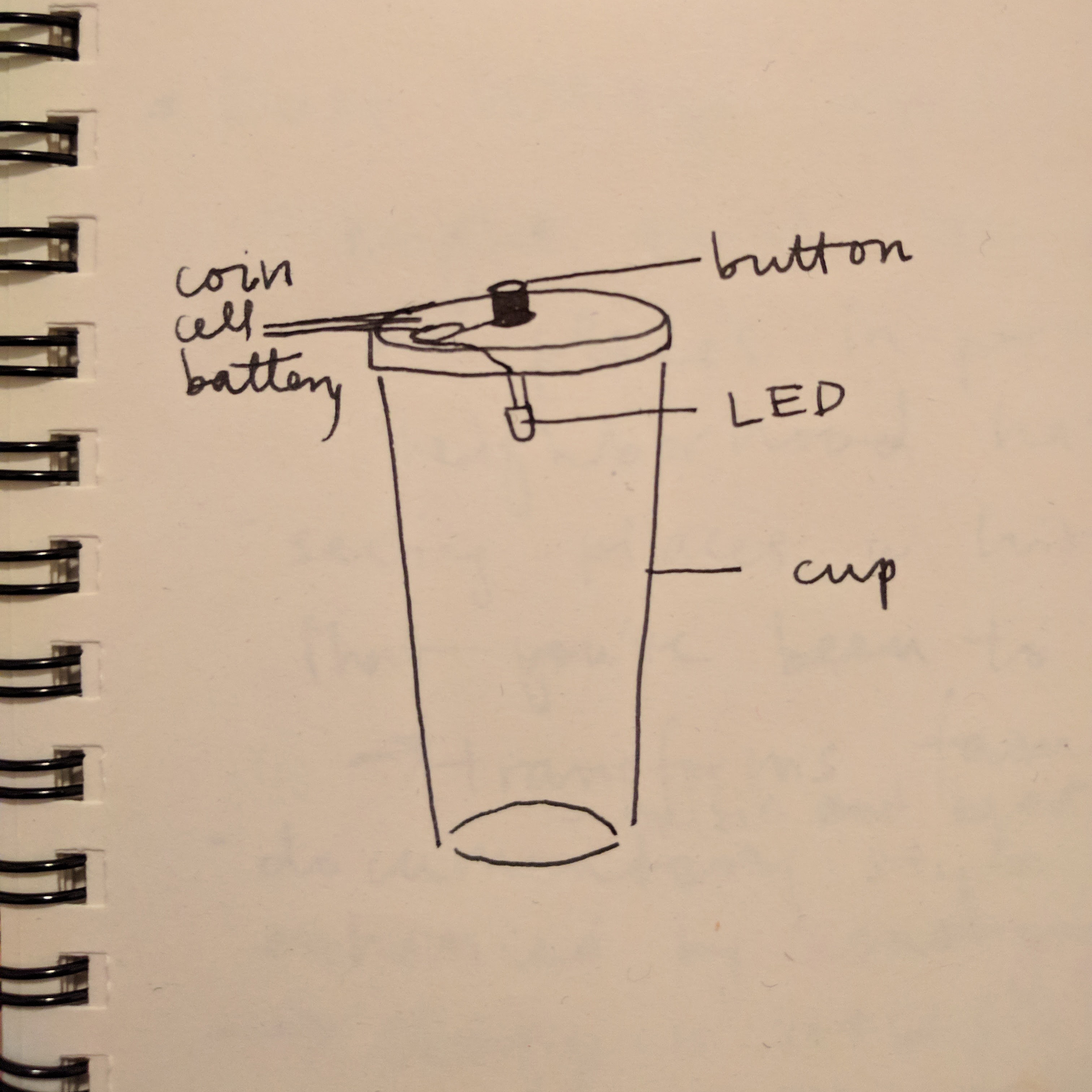 Testing if my circuit actually works: 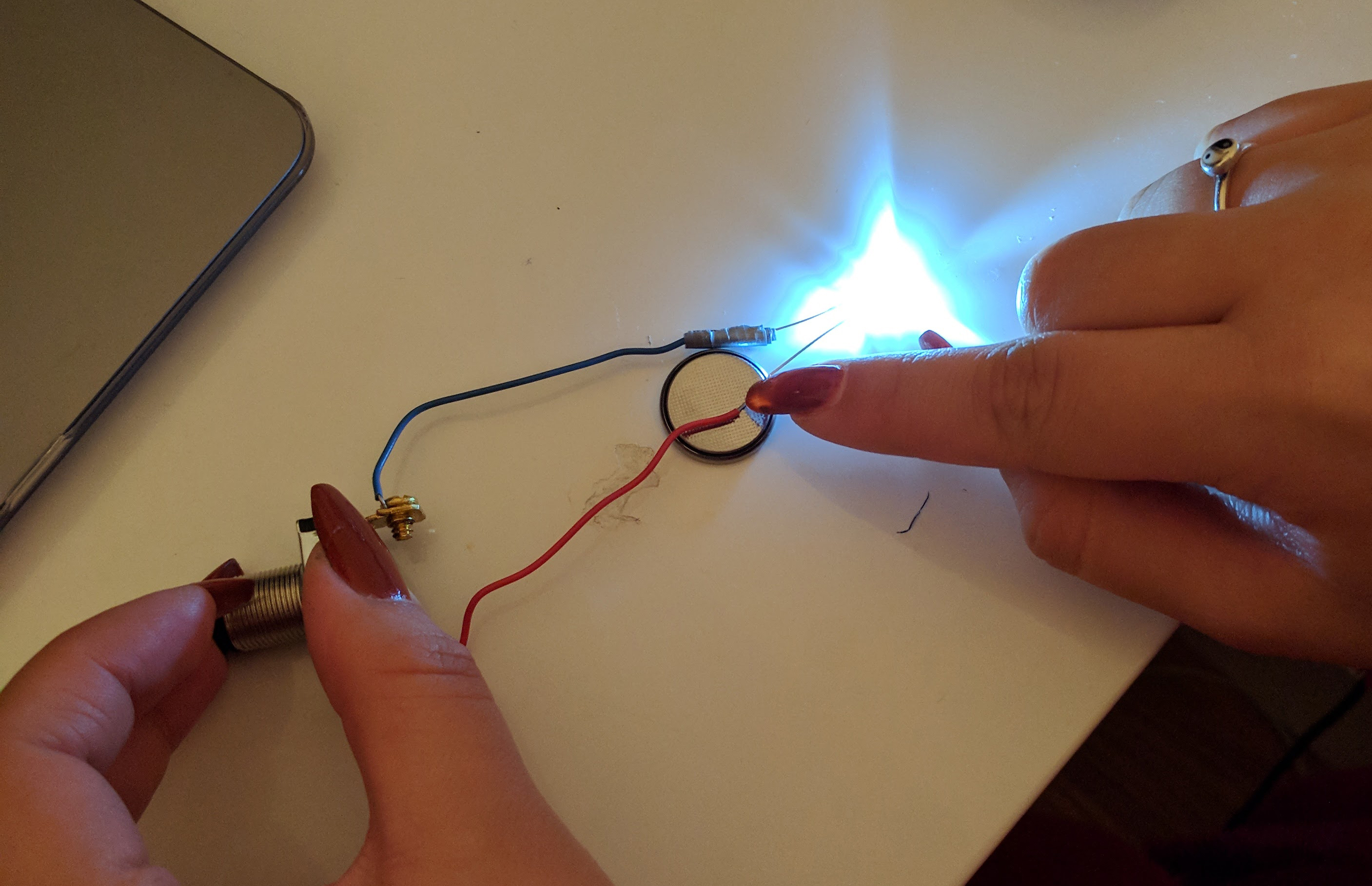 Then I connected it using wire and duct tape and installed it into lid: 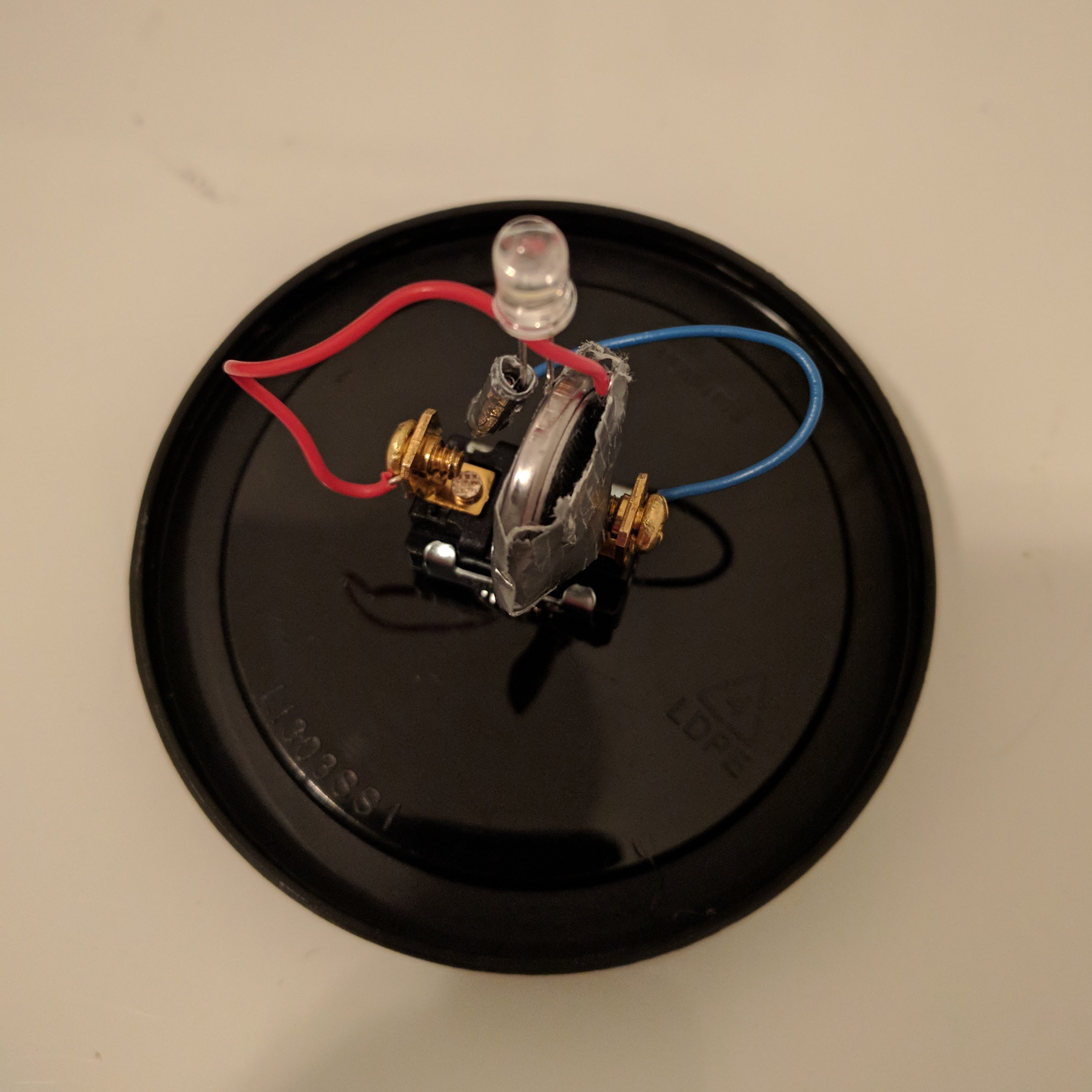 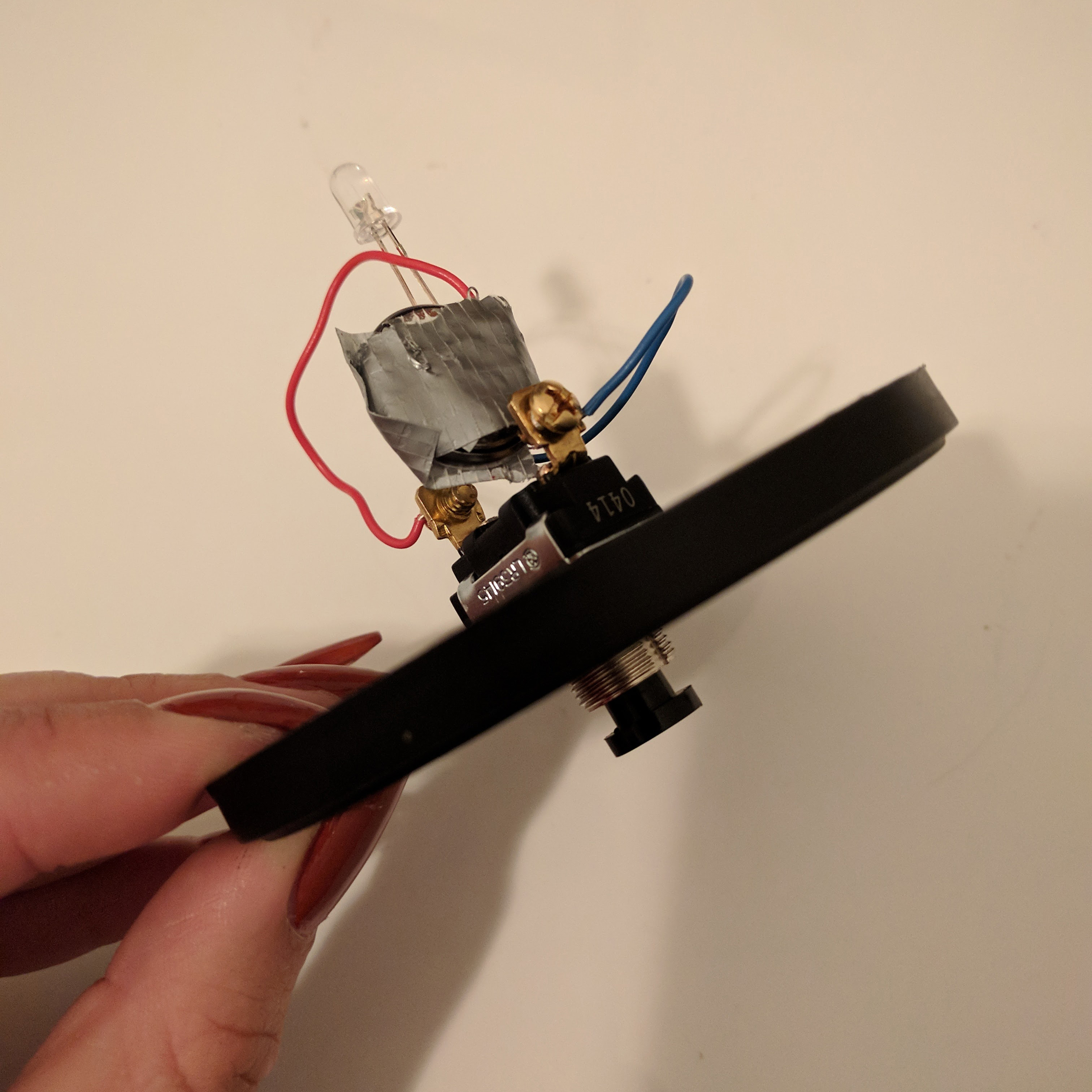 Popped on the lid and it worked!

Finished flashlight’s appearance stationary and with switch pressed down: 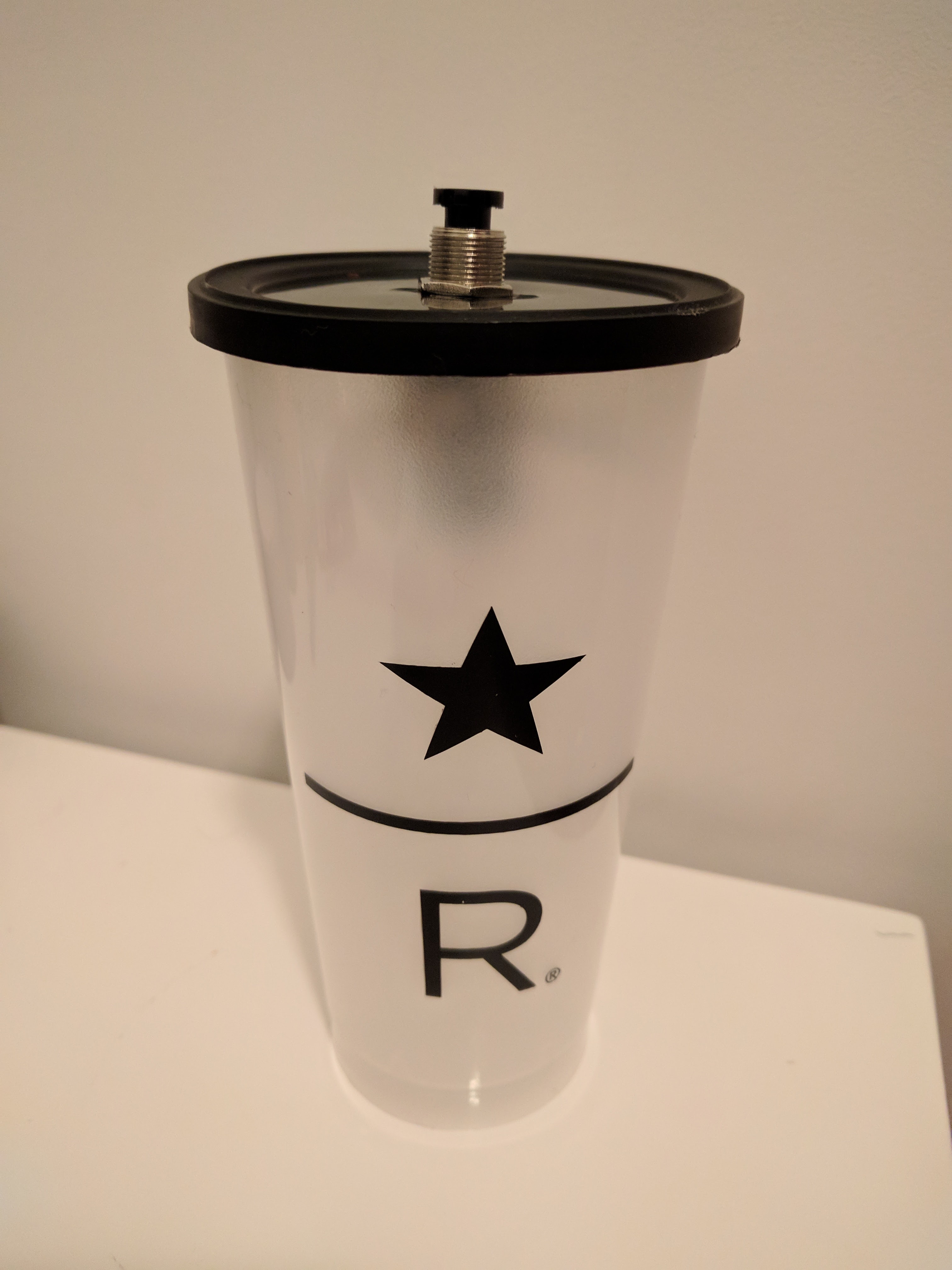 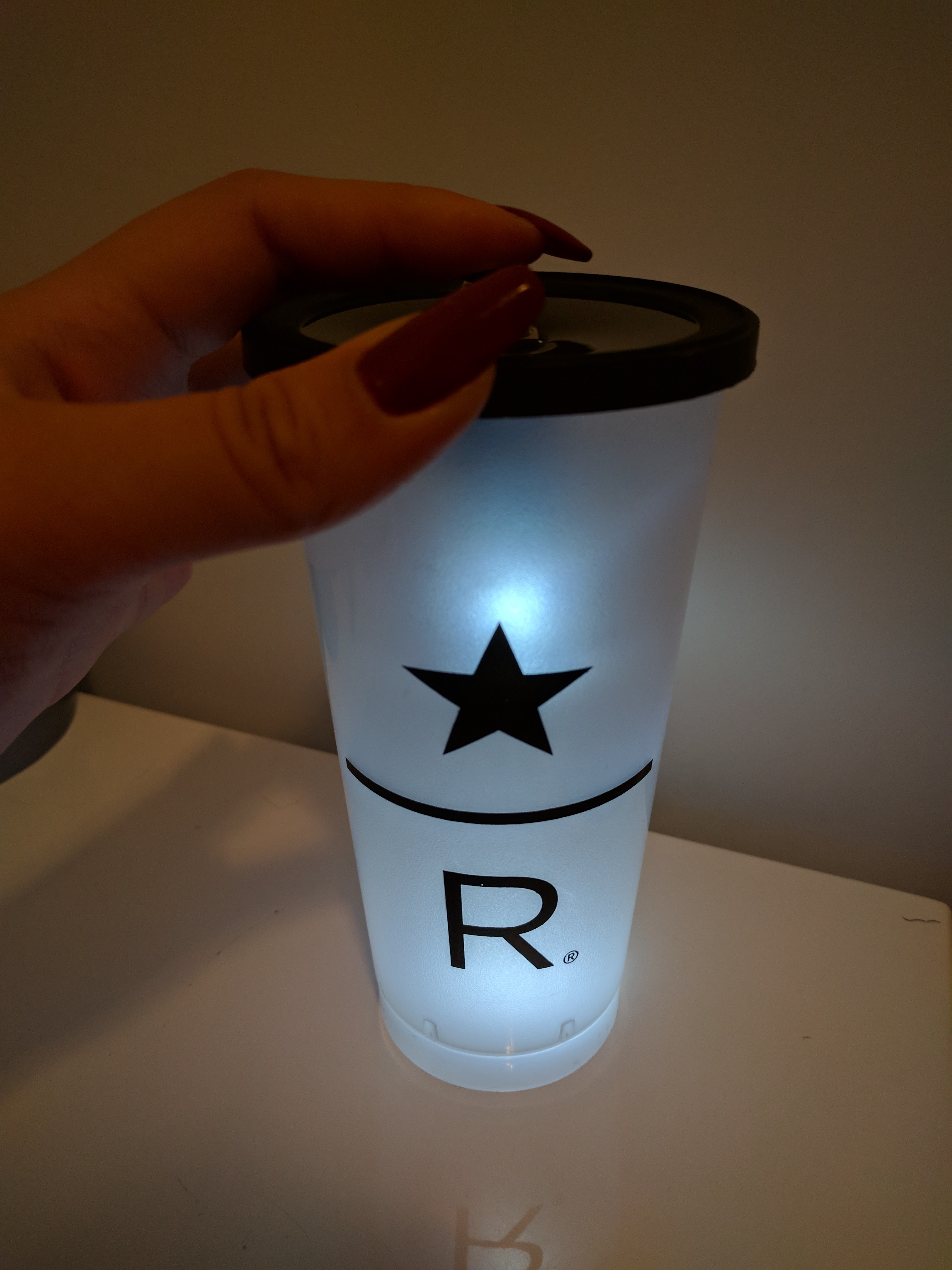 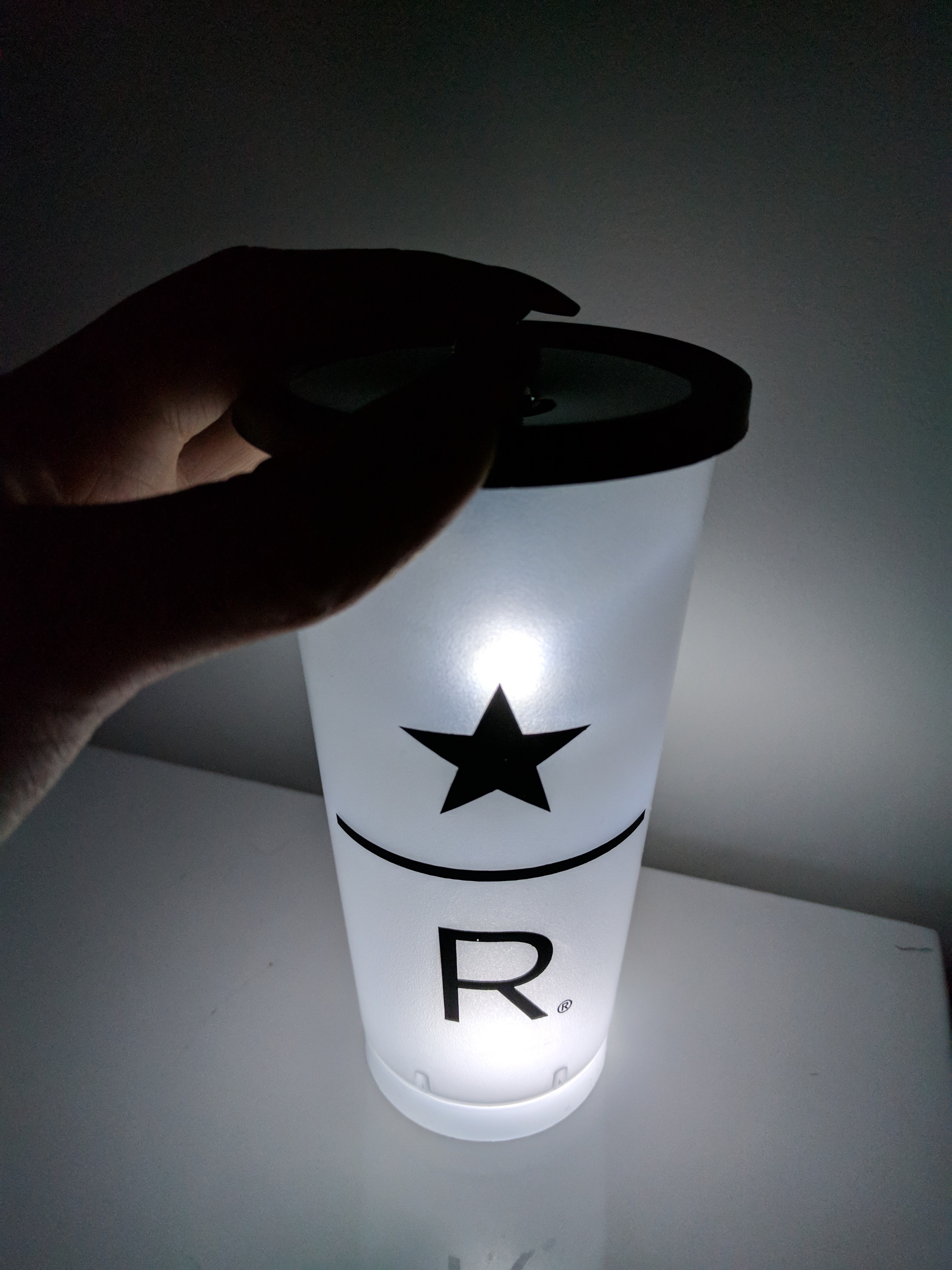 Surprisingly to me, it was still quite bright in complete darkness.