Digital Amulet Part One: Board Design and Fabrication

This project was a combination of my finals for Homemade Hardware and Electronic Rituals. While reading personal posts on instagram, I realized that I often commented the phrase ‘sending love’ when I wanted to show my support for that person. In a way, through our connections on social media, we give each other protection and support. An amulet is an item that traditionally gives its wearer protection and good luck. I wanted to make an amulet that received its power through the internet.

Schematic and Board Design 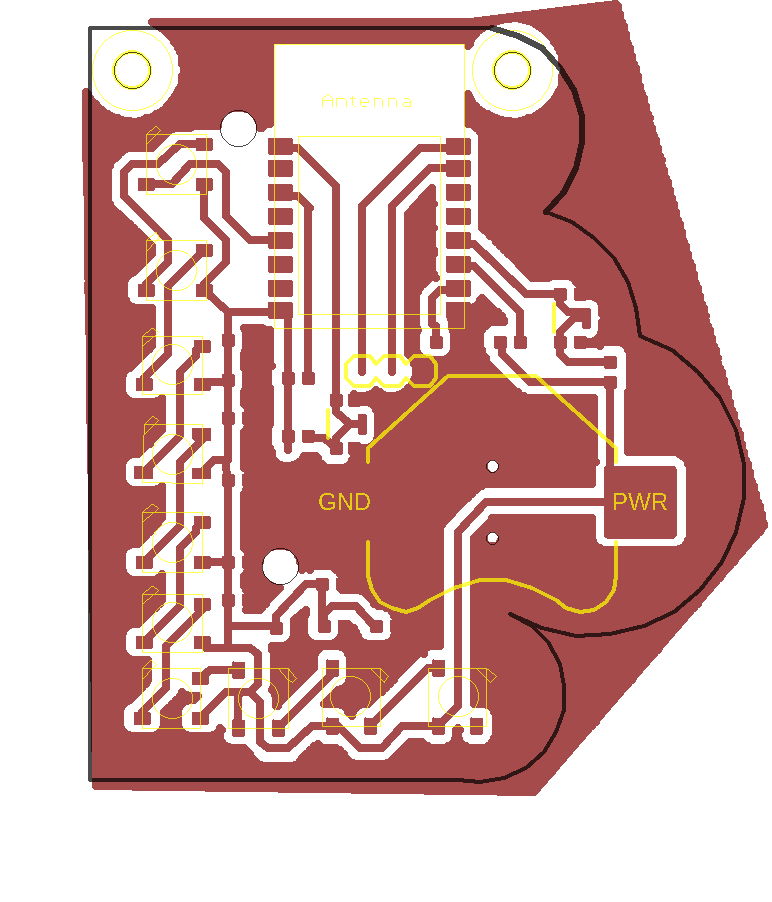 After the board was milled and reflowed 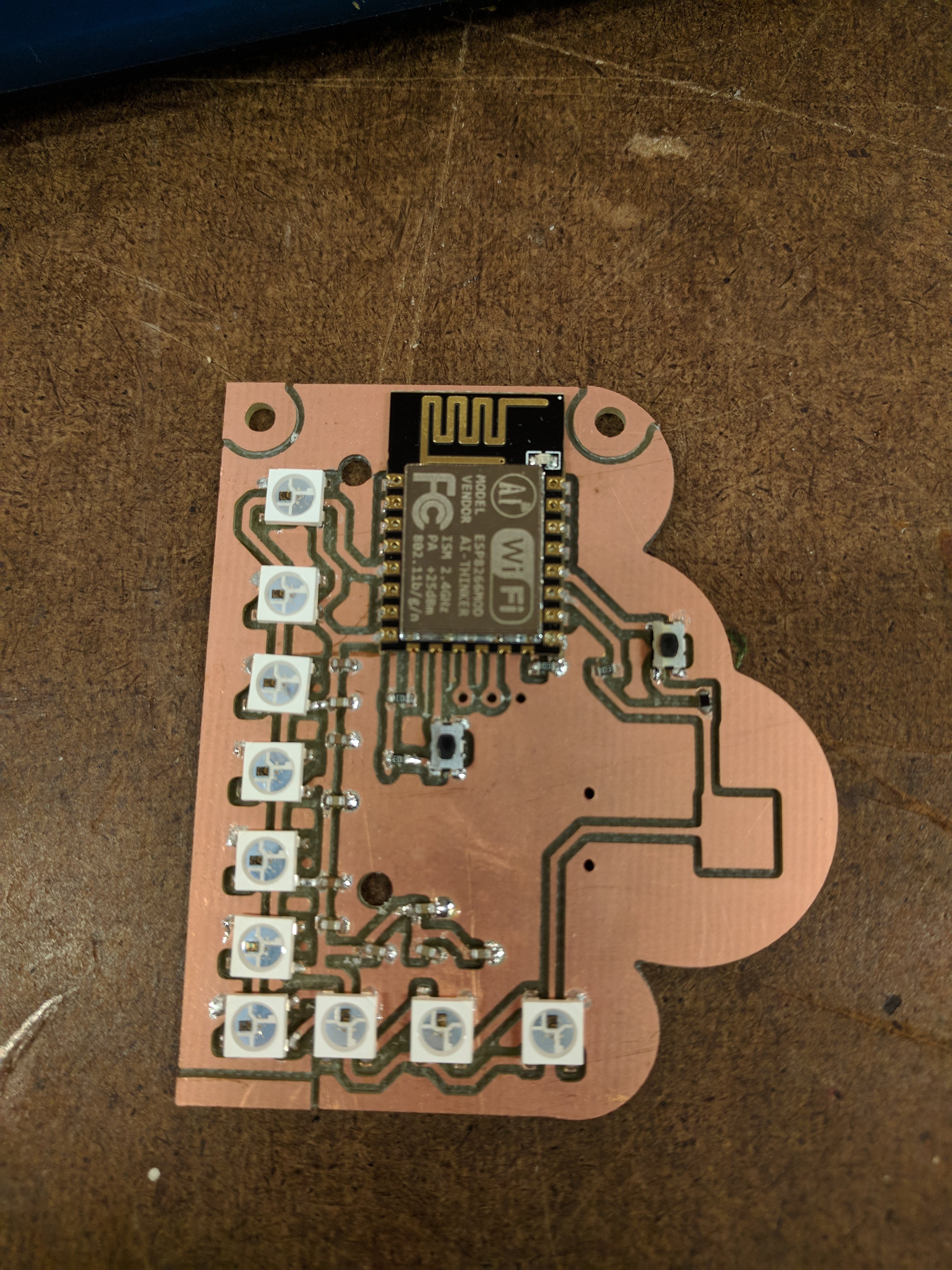 Airwire on the back of the board 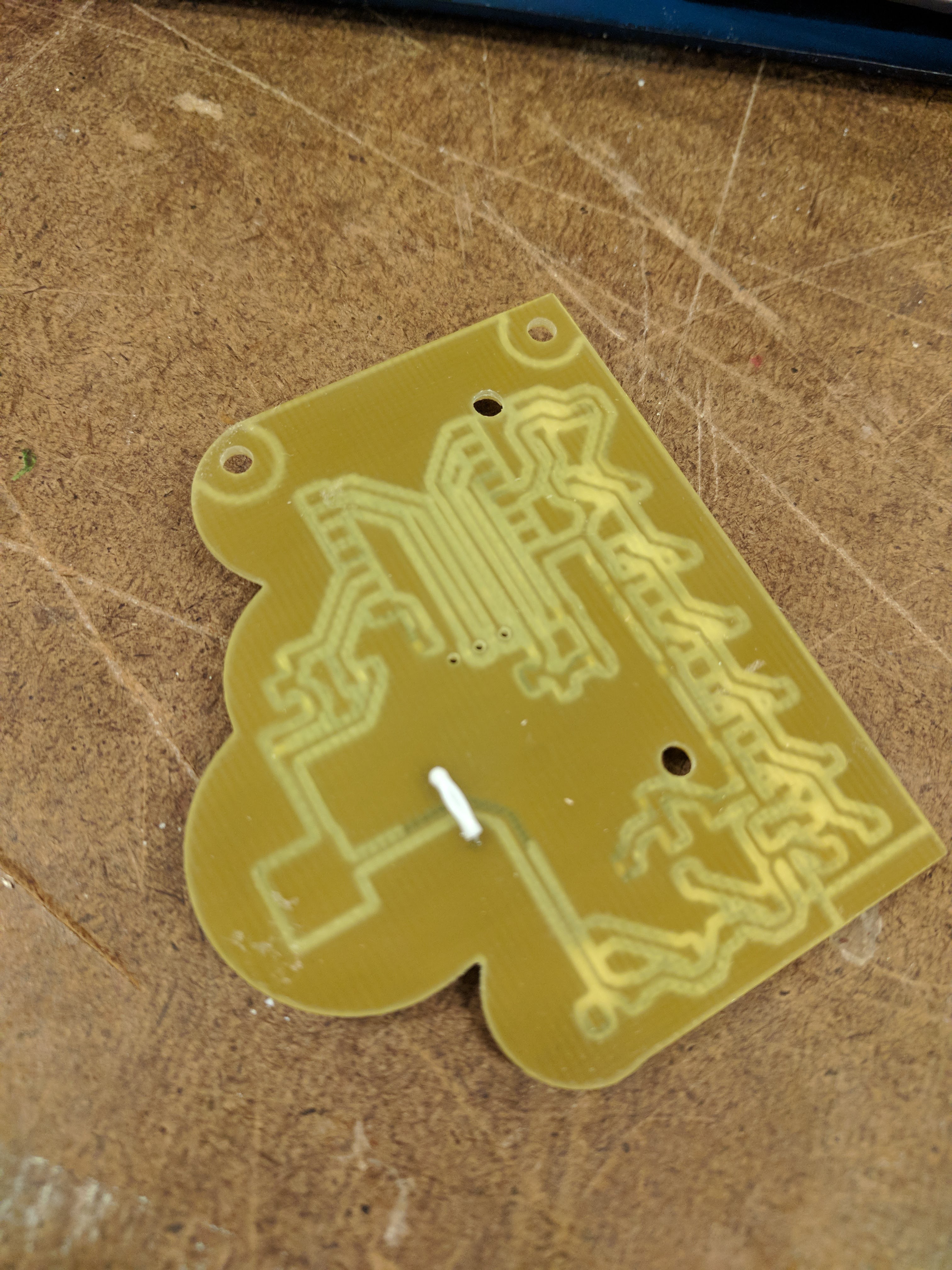 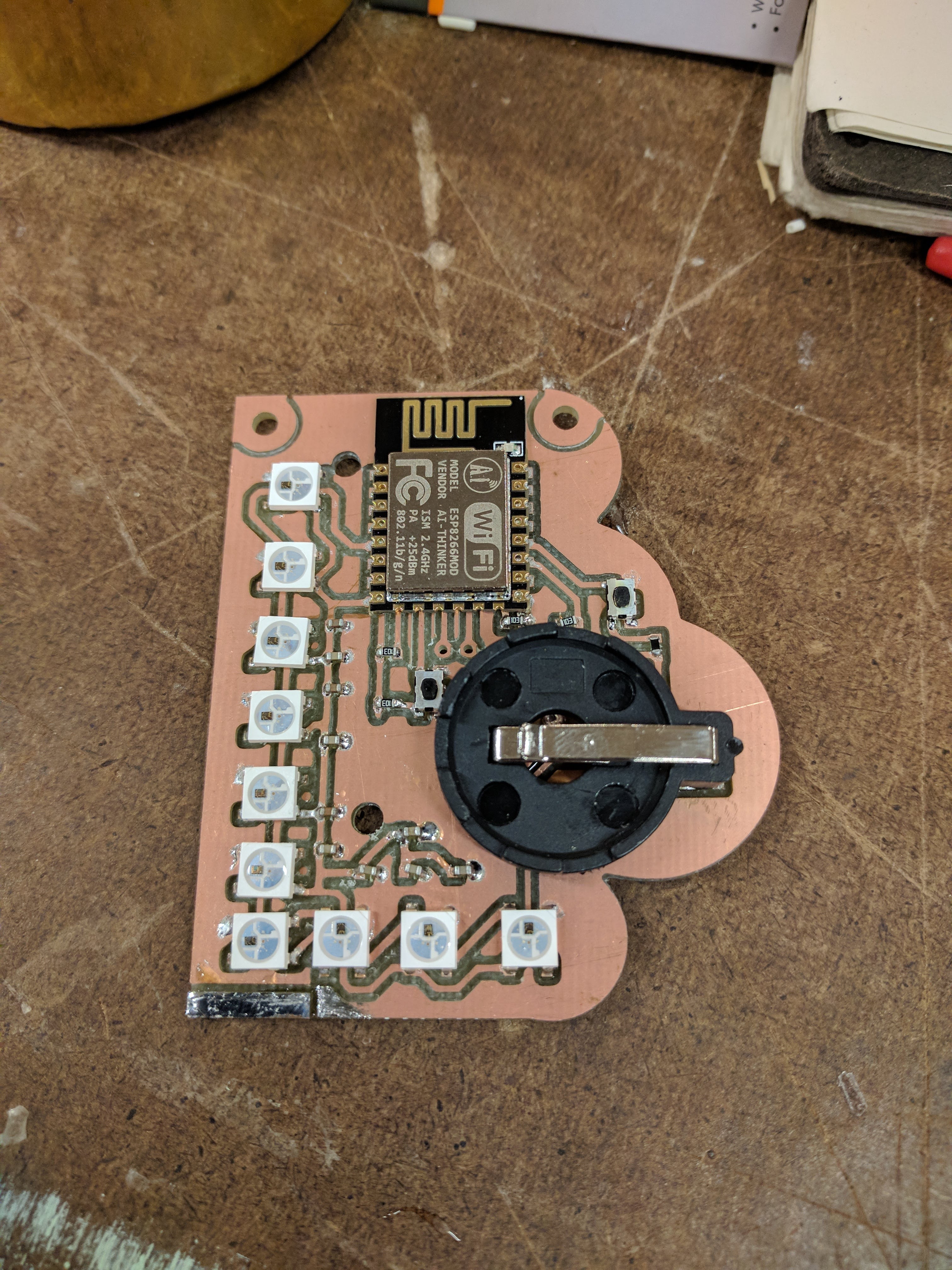 Acrylic overlay cut out and installed 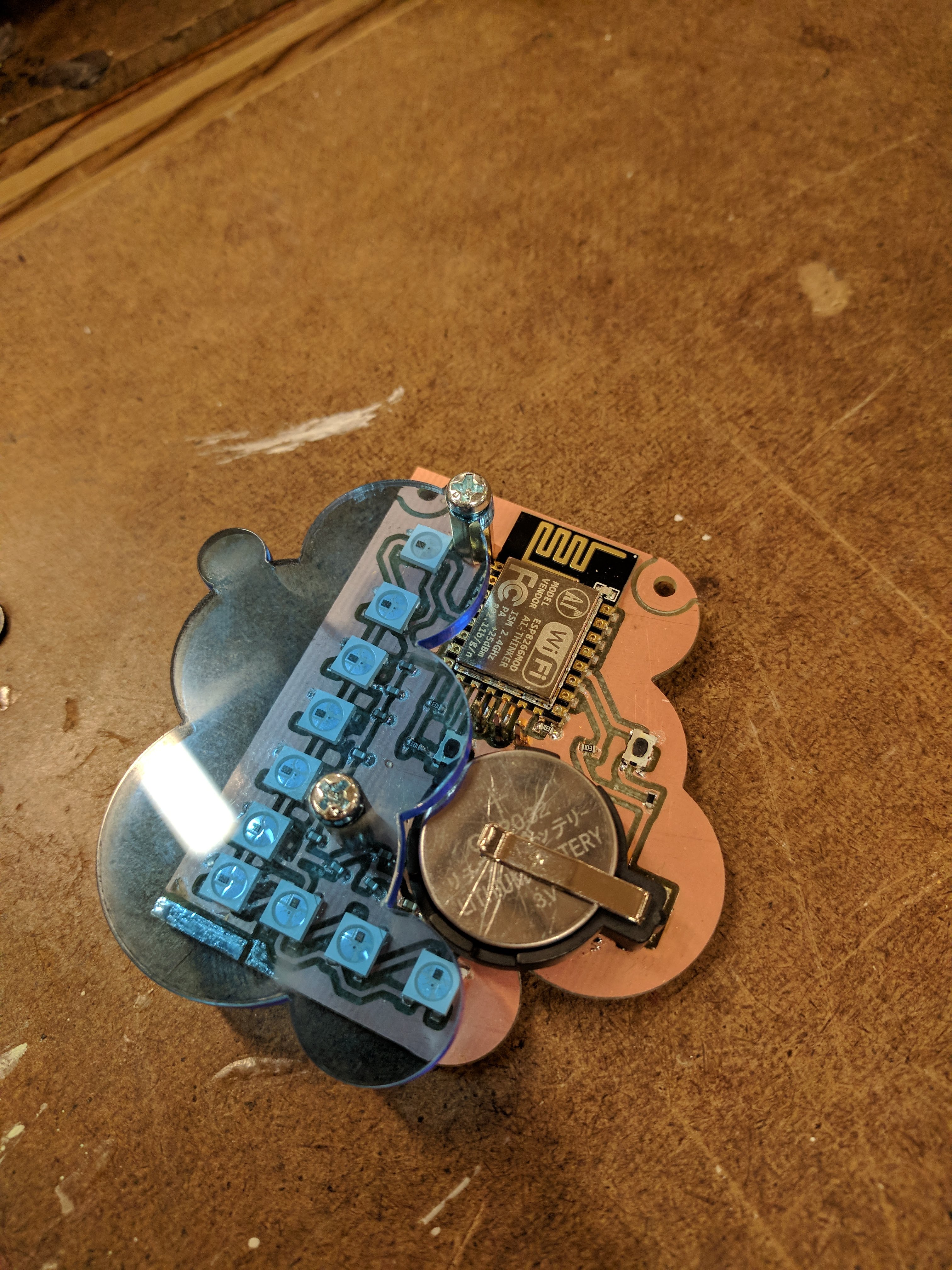 Link to part 2 about the programming of the board 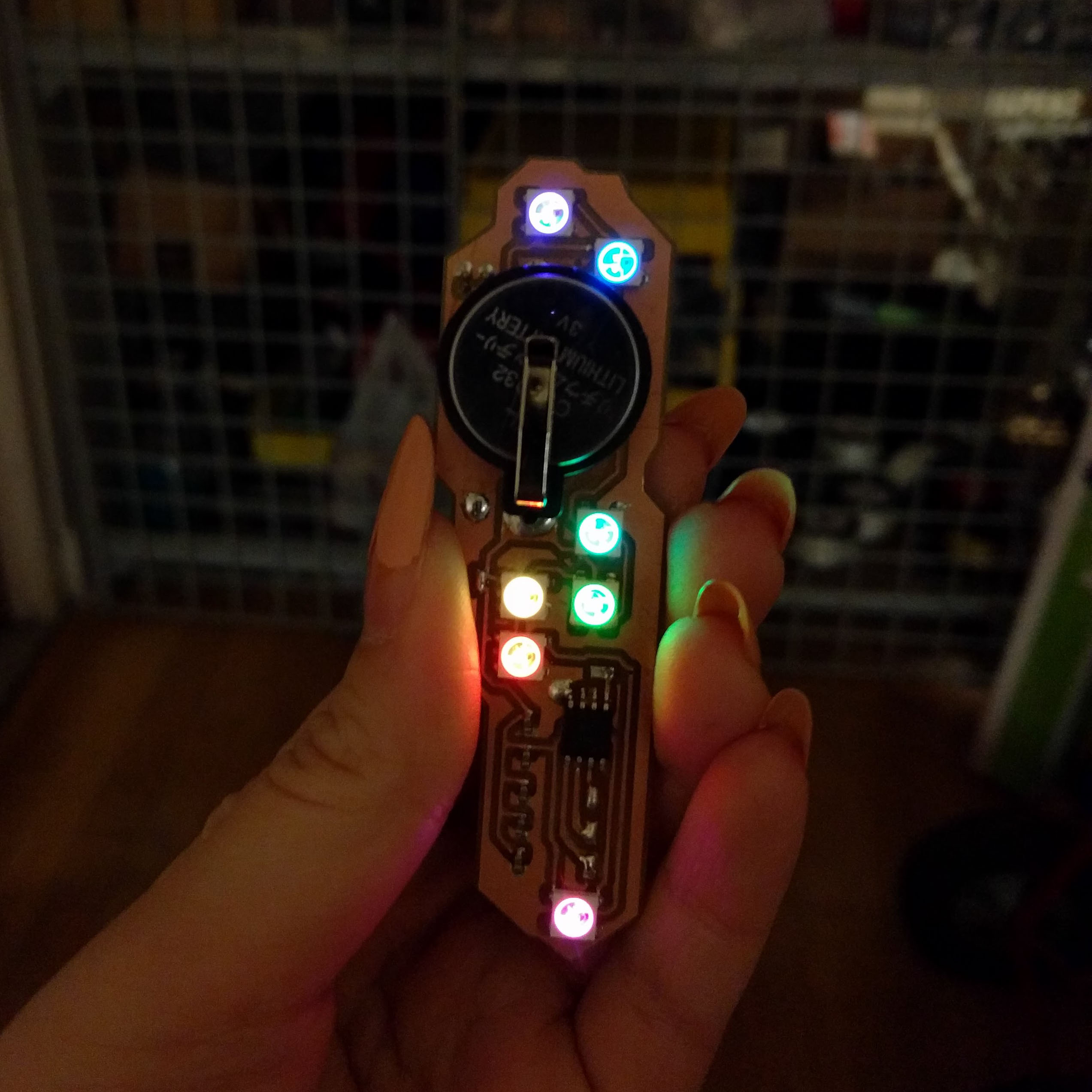 I made a battery powered earing with neopixels. My goal for this assignment was to learn how to use surface mount components so I kept the design and functionality simple.

Schematic and Board Design 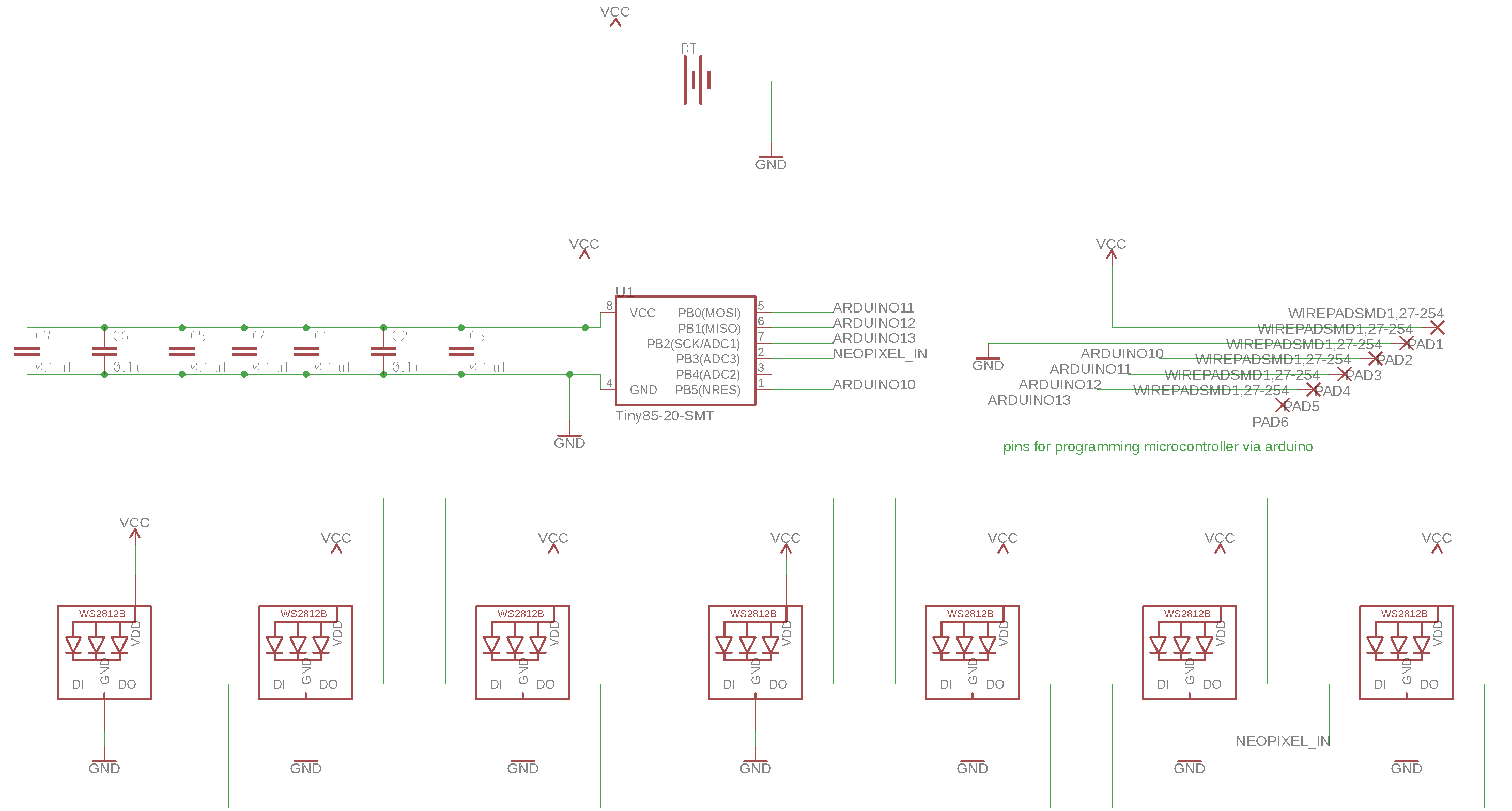 I used Adafruit’s example code for neopixels and adapted it for my needs. I turned the brightness down since I’m only powering it with a 3V coin cell battery.

I had to remill the board several times while making the dimensions larger so that the ground plane would not get disconnected. 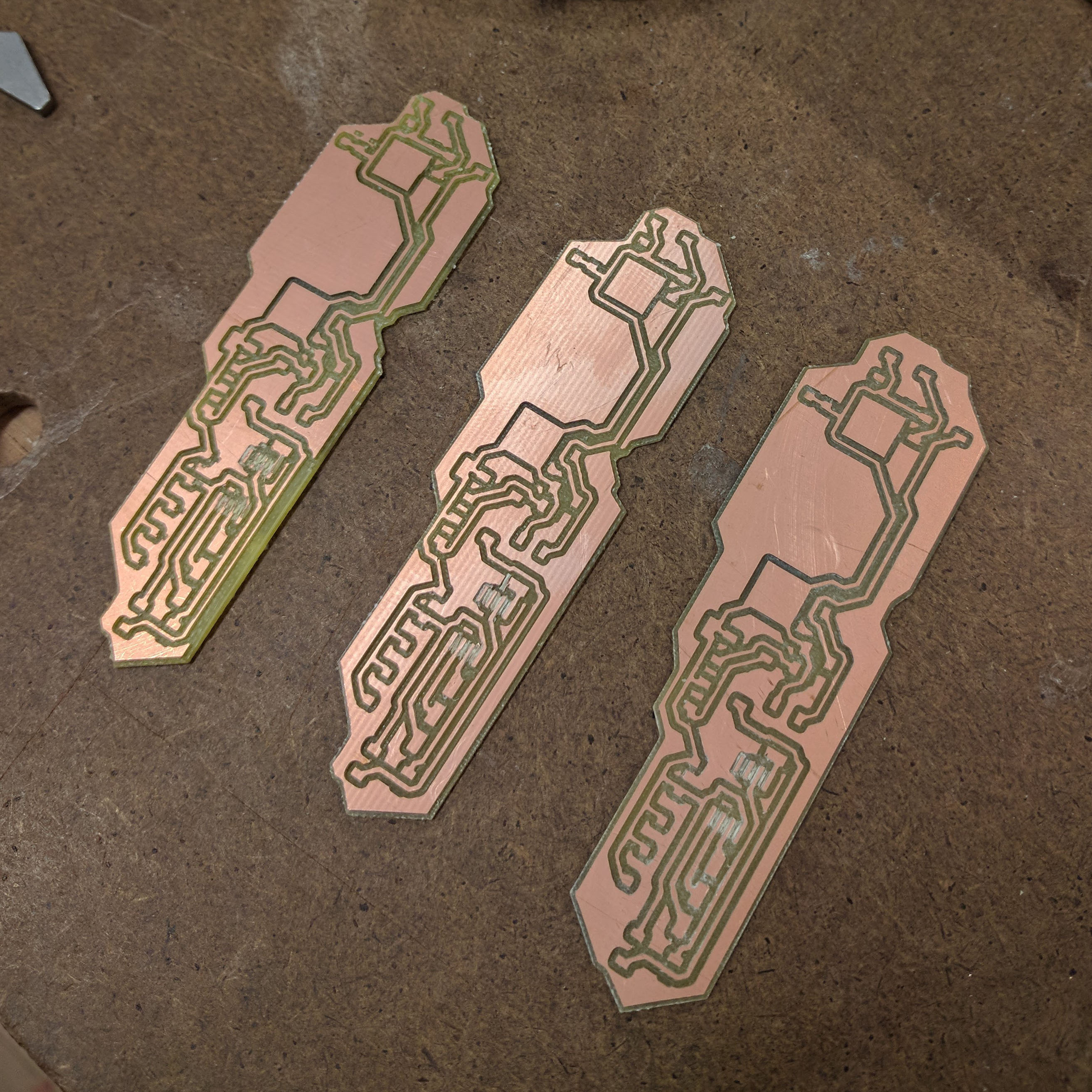 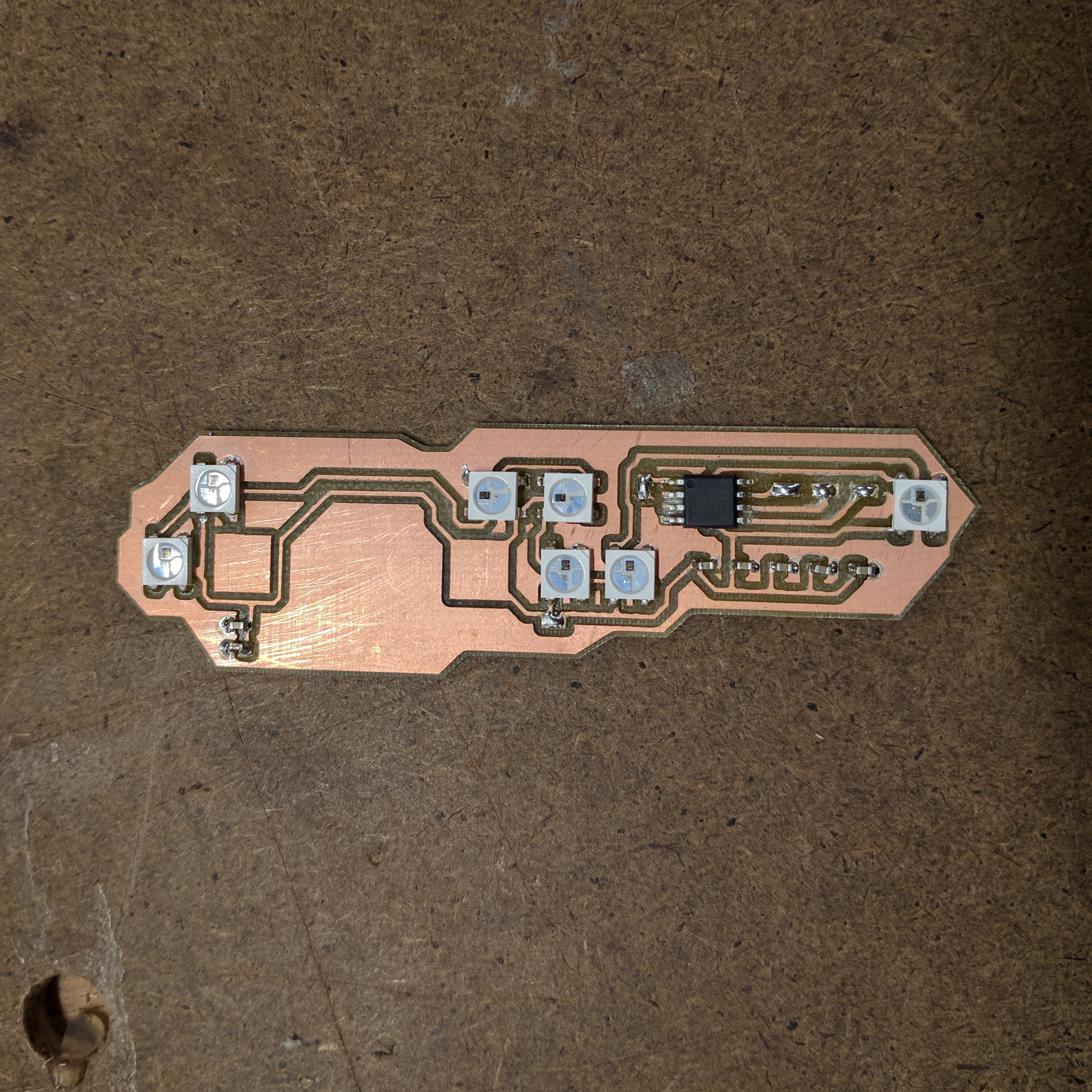 I left pads to solder wires to that connect to my Arduino Uno to program the ATTiny85. While programming, something went wrong and I could no longer get a device signature from my ATtiny85. I ended up replacing it with another one which worked. 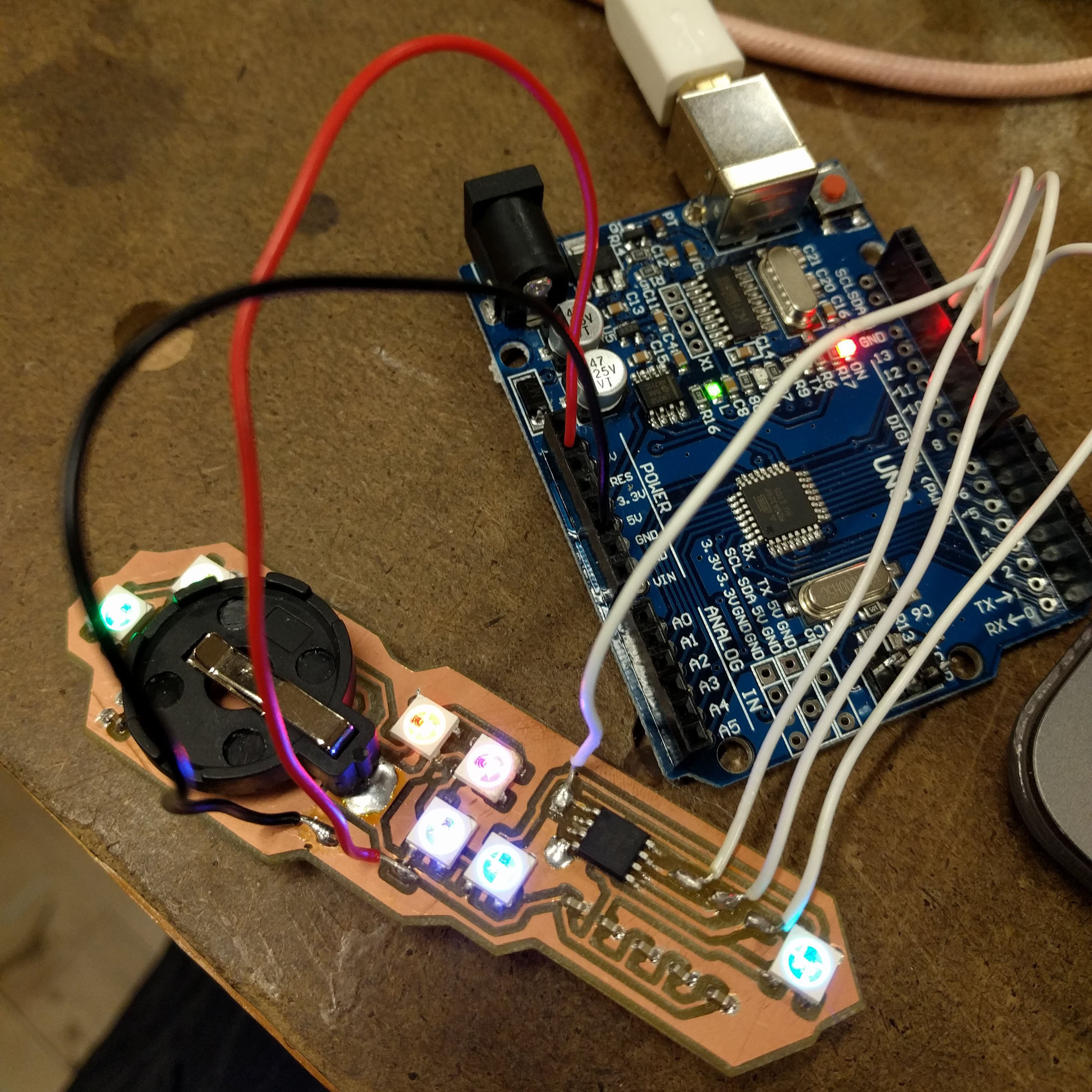 Mistakes in Board Design

After receiving the battery holders, I found out that they are different from the part I used in the board design. The ground pin is on the side and not in the center (as it is in the board design file). I soldered a wire to connect the ground plane in the center to the side plane which was not connected to anything. I then soldered the battery holder on top of that. While programming, I realized I also made a mistake in the board design and forgot to add an external pull-up resistor to VCC on the reset pin of the ATTiny85. I also did not add a resistor before my first neopixel which is recommended by Adafruit. 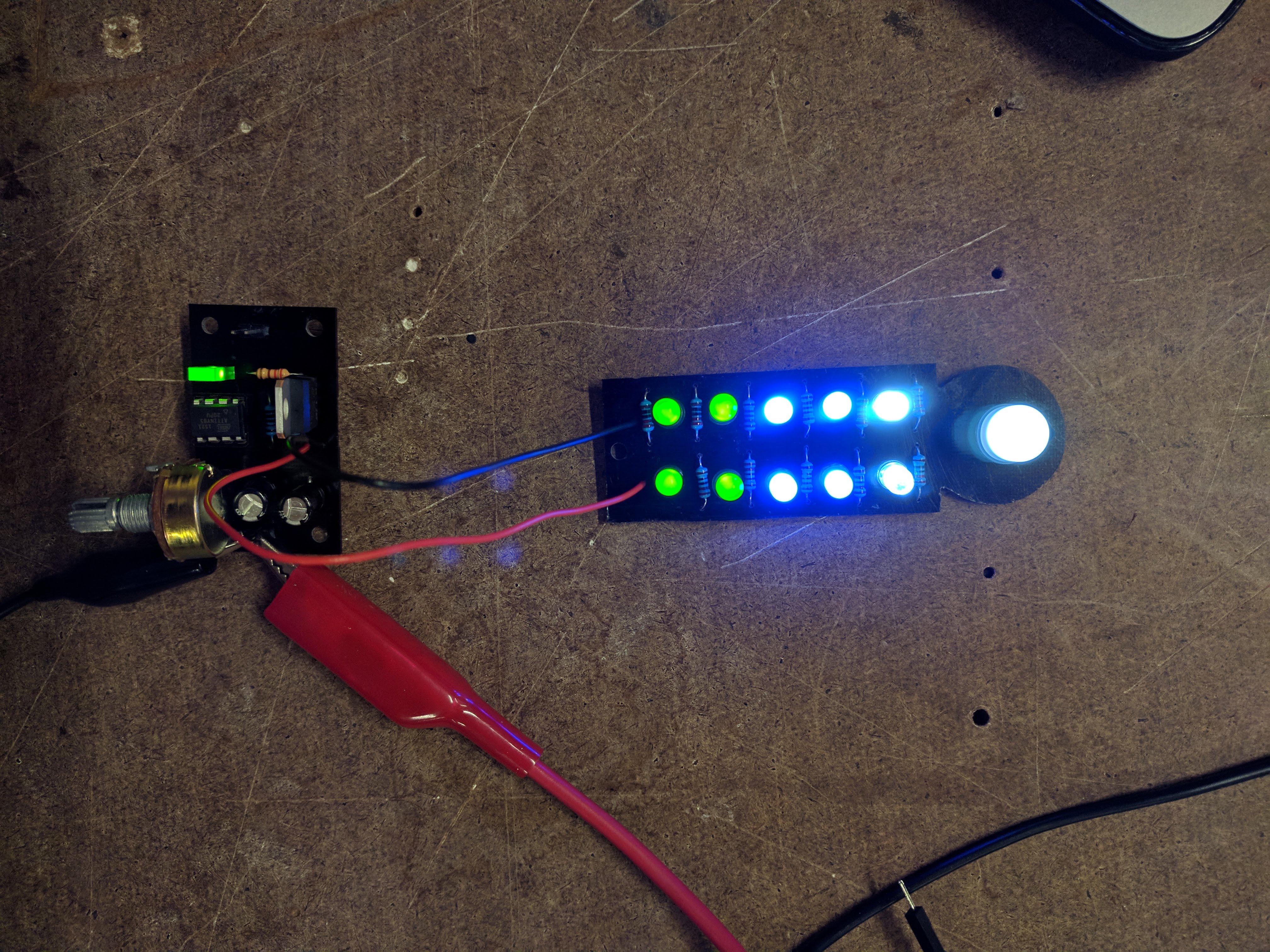 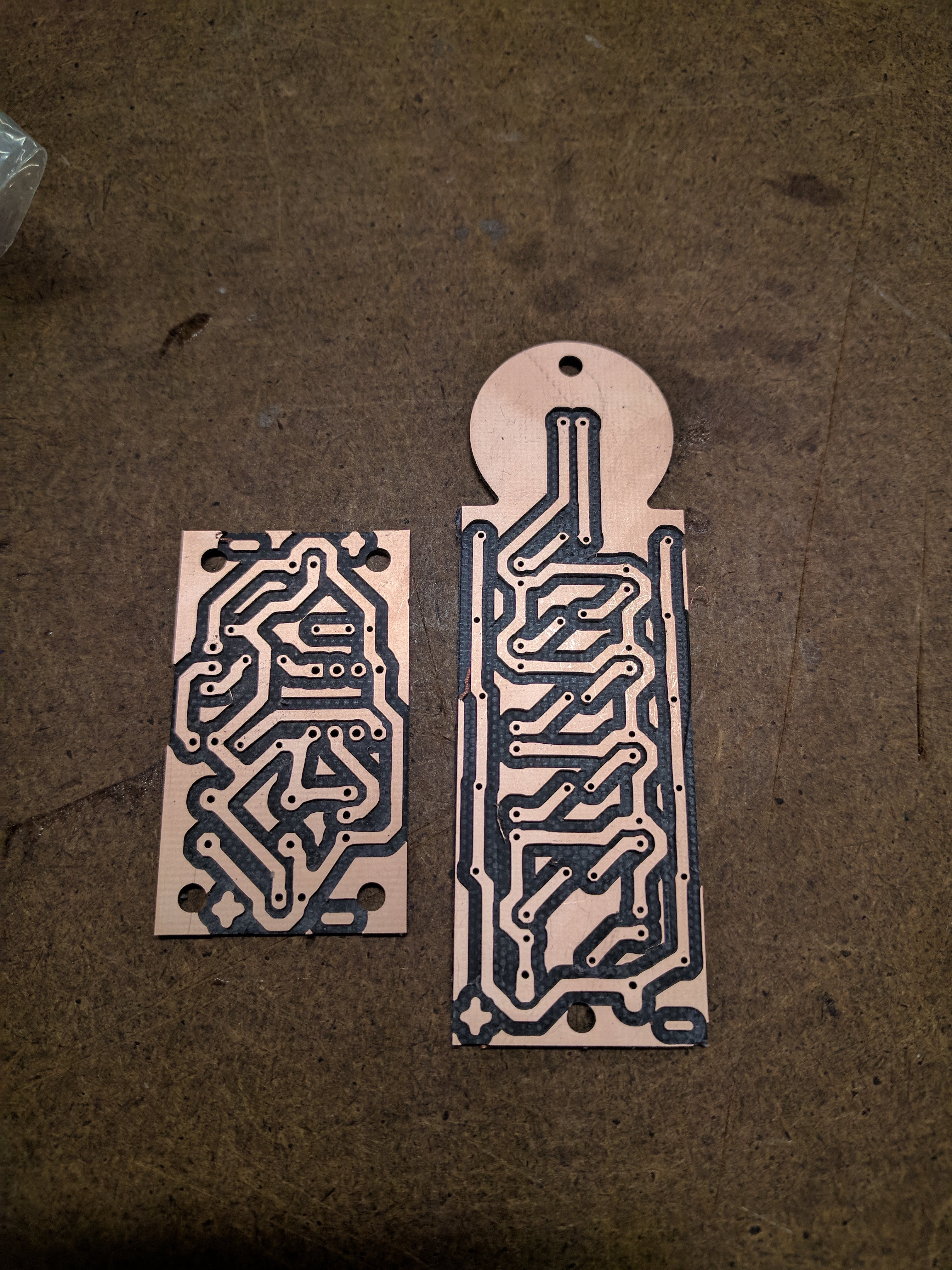 After soldering on components 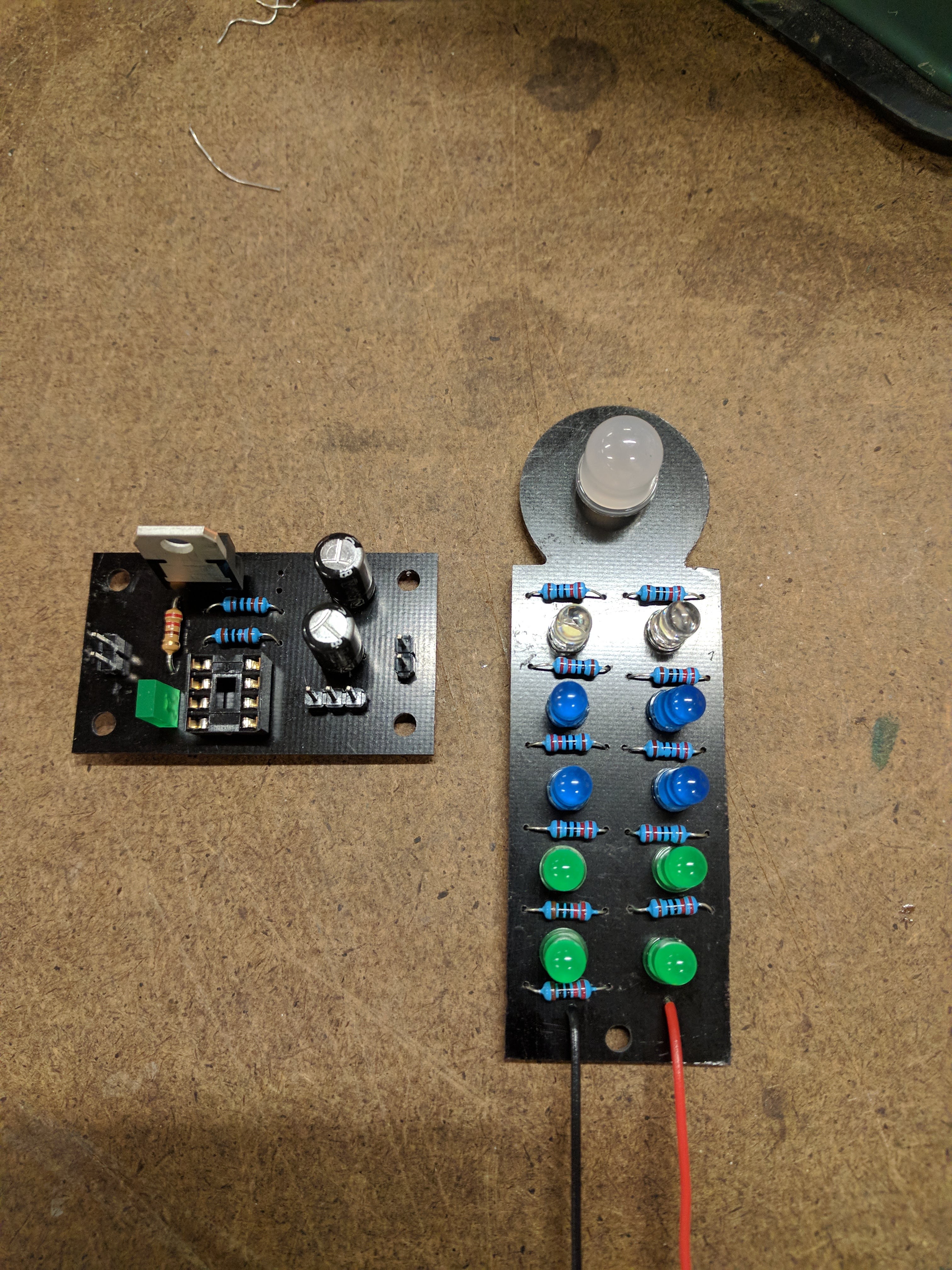 Schematics and Board Designs

ATtiny85 and sensor board 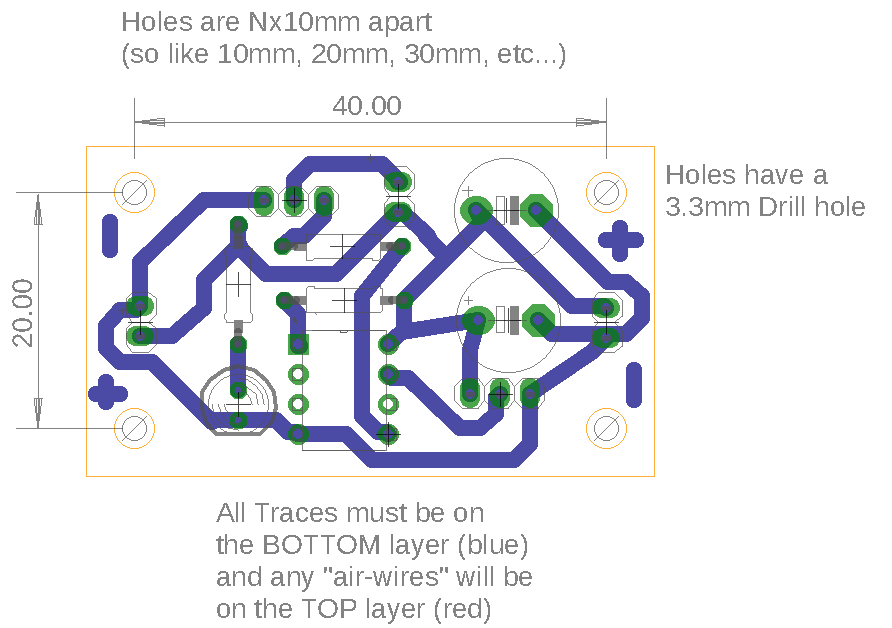 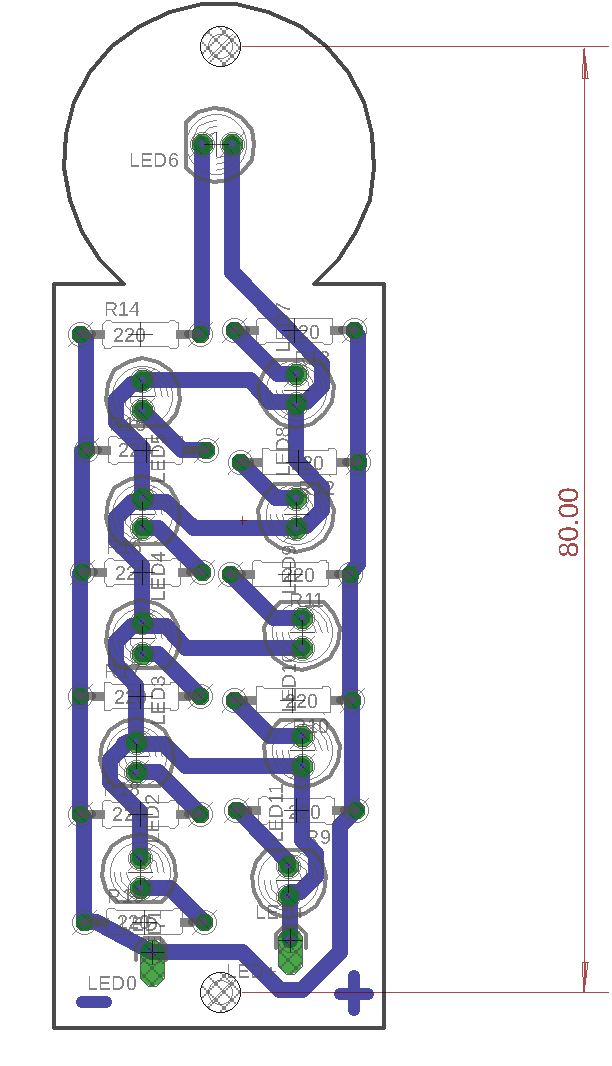 I programmed the ATtiny85 to make the leds pulse. I changed the interaction so that the potentiometer adjusts the pulse rate of the leds.

Marquee Schematic and Board Layout 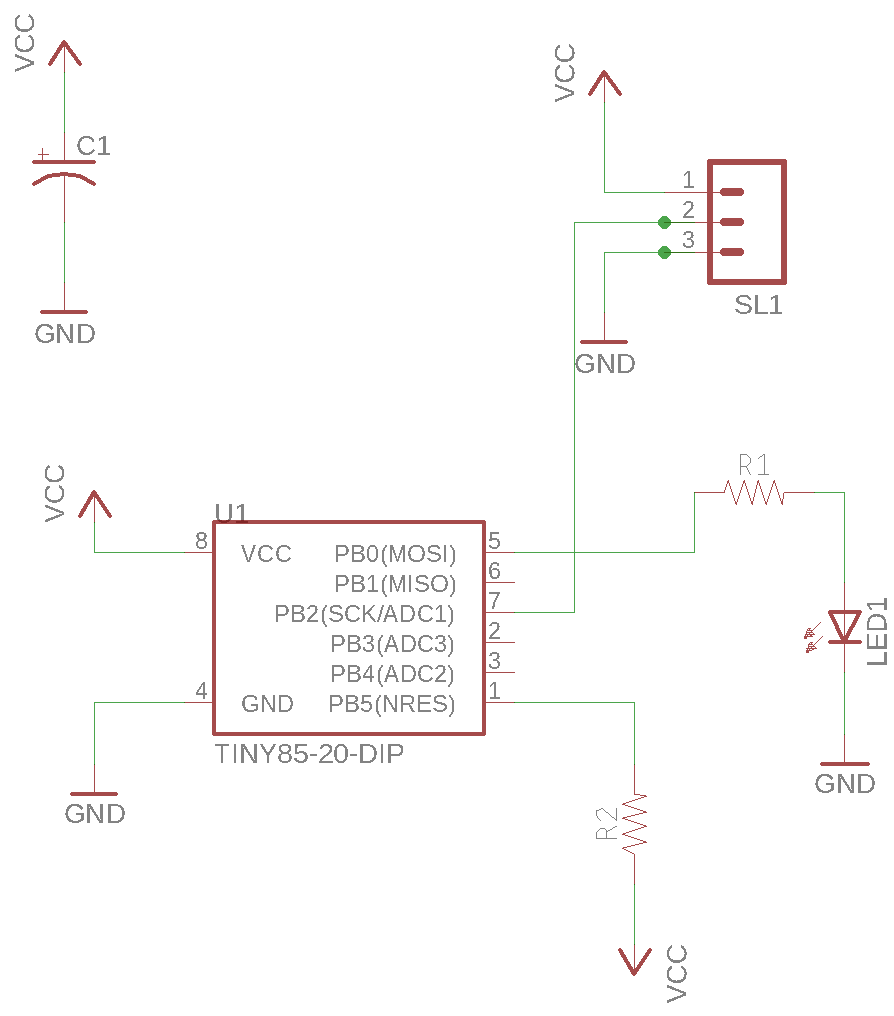 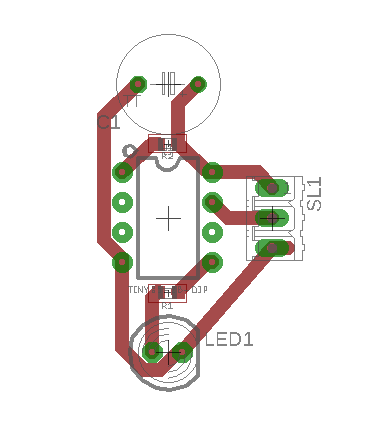 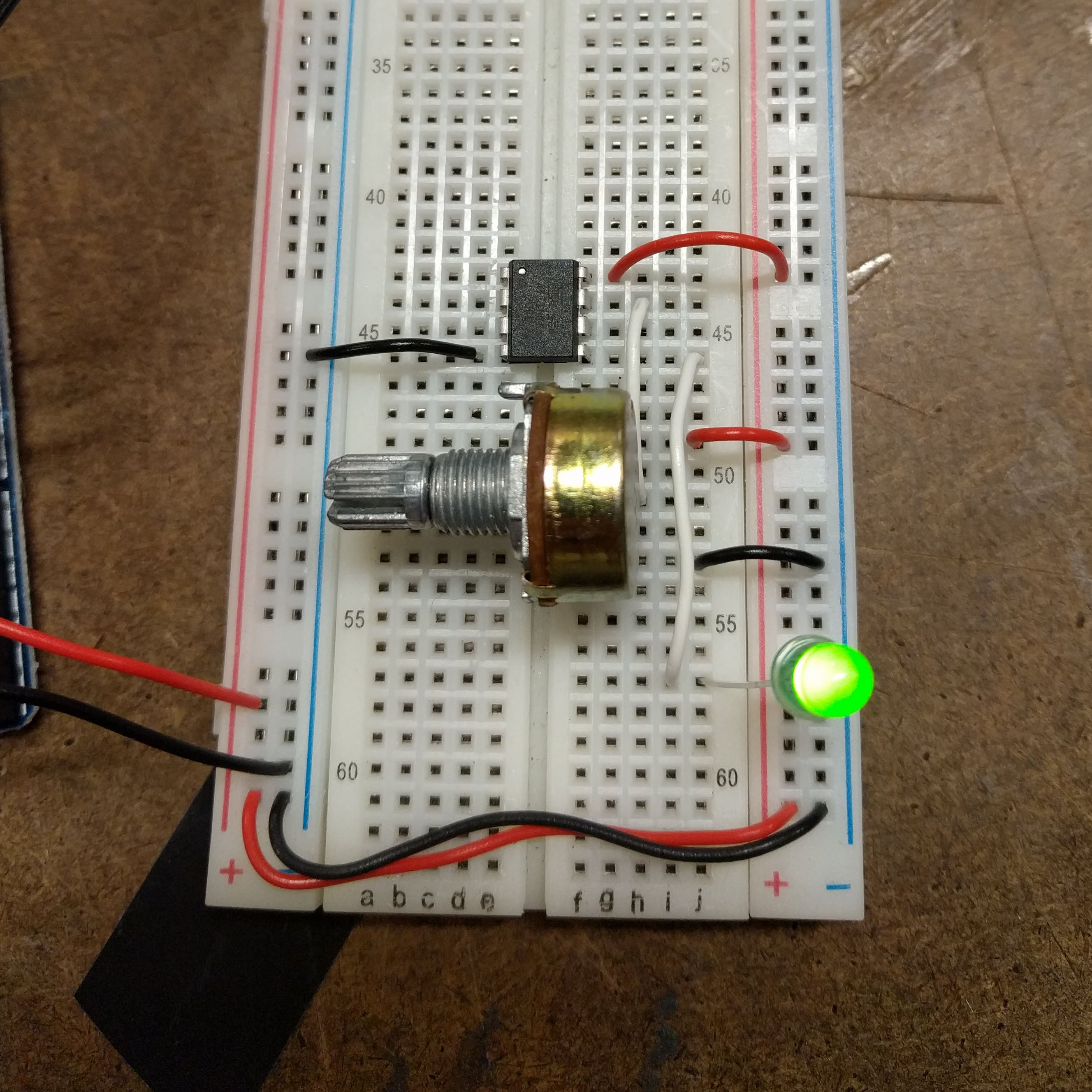 Made a simple sensor that dims the led through potentiometer value. 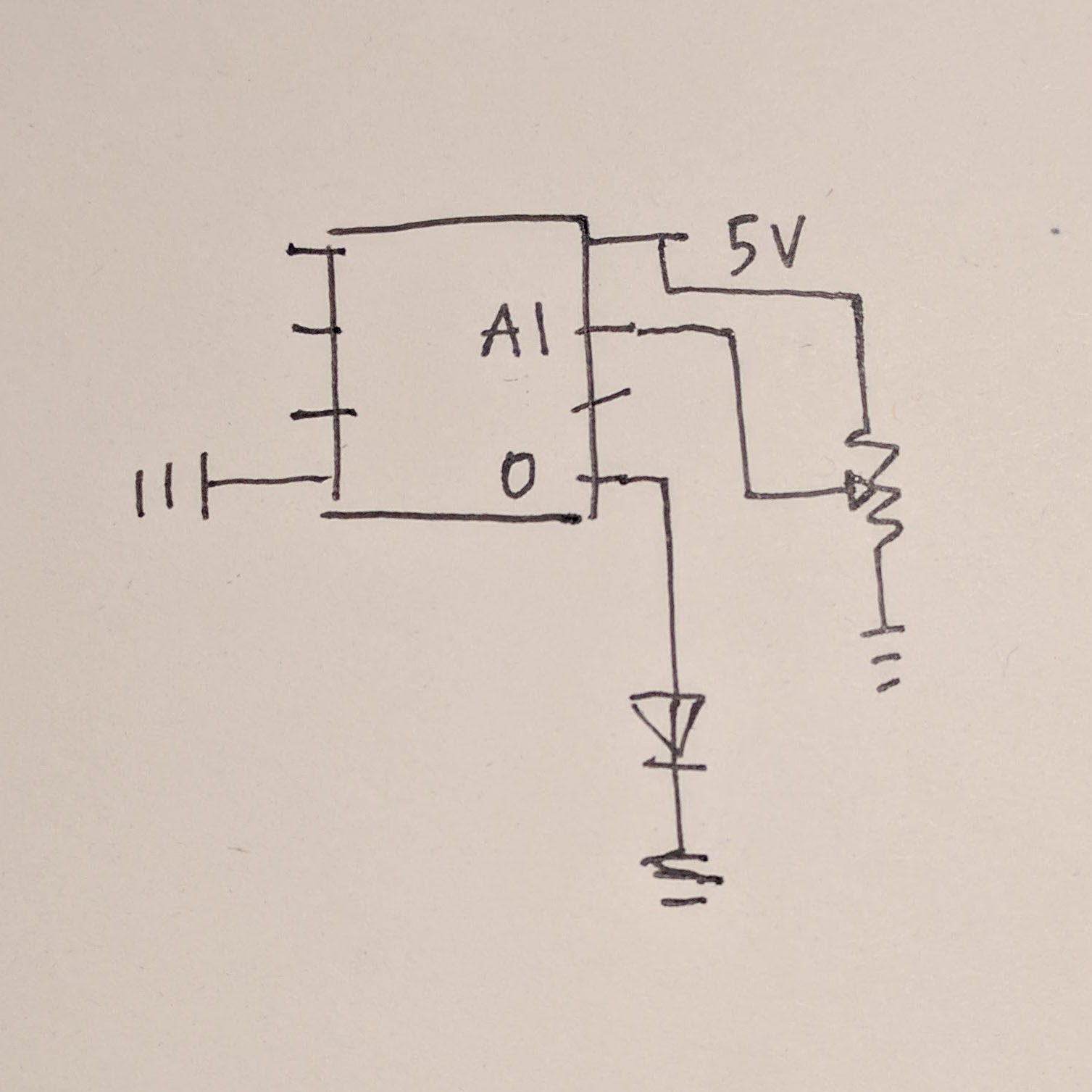